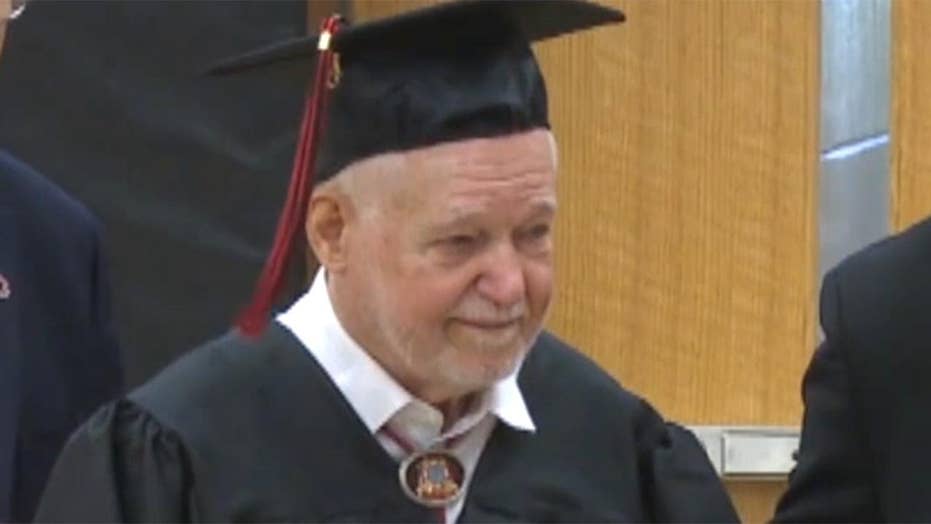 Robert Lockard, 94, would have graduated from Circleville High School in Ohio in 1944 but instead dropped out.

Robert Lockard, 94, would have graduated from Circleville High School in 1944 but instead dropped out. He later join the Army where he served in the Air Corps 354th Infantry 89th Division and spent time in northern France and Central Europe during World War II.

But despite all these achievements, Lockard said he always thought about graduating after returning home.

Circleville honored the vet at a graduation ceremony on Sunday. He finally received his diploma, which he says means everything to him.