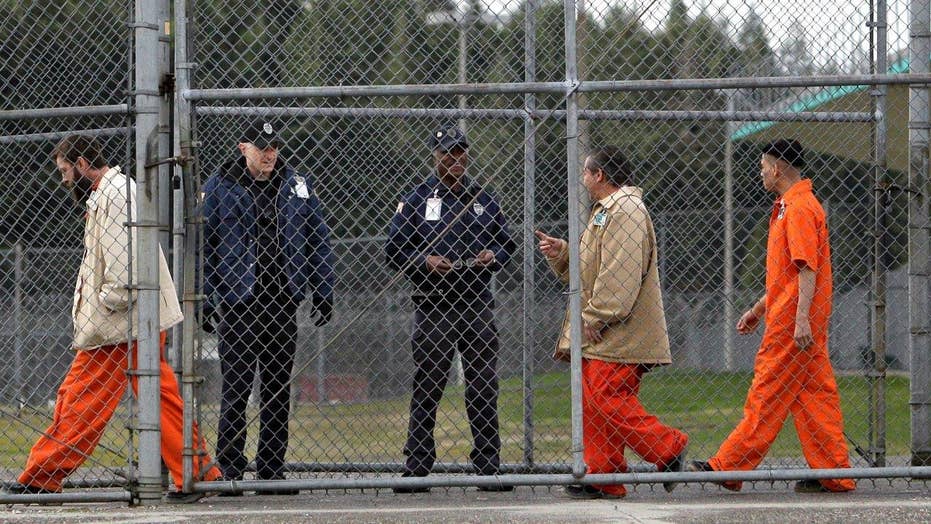 OLYMPIA, Wash. – A Washington state prisoner mistakenly released early because of a computer error has been charged with killing his girlfriend in a car crash when he should have been behind bars, officials said Monday.

The revelation comes a week after Gov. Jay Inslee announced that a software coding error led as many as 3,200 offenders to be wrongly released since 2002. He has ordered a review of prisoner releases ahead of a broad fix to the software problem, which is expected early next month.

One of those freed was Robert Jackson, 38, who walked out of prison Aug. 10, four months too soon. He had been convicted of robbery with a deadly weapon and should have been released Dec. 6.

During that time, he fled from a Nov. 11 wreck in Bellevue that killed his girlfriend Lindsay Hill, 35, who was riding in the car he was driving, according to prosecutors and Department of Corrections officials.

Jackson has been charged with vehicular homicide and felony hit-and-run and is being held in jail on $2 million bail, prosecutors said.

He was speeding and impaired by drugs or alcohol at the time of the accident, prosecutors said. In a filing seeking the bail, Senior Deputy Prosecuting Attorney Amy Freedheim wrote that Jackson was "a flight risk and a grave danger to the community."

A message left with Jackson's attorney was not immediately returned Monday.

"Nothing I can say will bring back Ms. Hill. I deeply regret that this happened," Pacholke said in a written statement.

"There is nothing that can right this horrible wrong," Inslee said in a written statement. "We must make sure nothing like this happens again."

More than two dozen offenders erroneously released since June potentially need to be arrested and returned to prison because of an error the agency made on calculating sentences, officials said last week.

Officials said three of those ex-prisoners had committed new crimes, but they downgraded that number to two on Monday. That number includes Jackson.

Authorities are searching for another offender who committed crimes during the period he should have been incarcerated, but they did not release his name.

Officials also are reviewing records to find any additional offenders who may have committed new crimes.

Five prisoners released in error since June already are back behind bars. An additional 3,000 who are still incarcerated had inaccurate release dates.

Officials have said most of the errors were 100 days or less. In some cases, inmates were released just a few days early, but at least one person who is still incarcerated had a release date that was off by about 600 days.

The mistake followed a 2002 state Supreme Court ruling requiring the Department of Corrections to apply good-behavior credits earned in county jail to state prison sentences. But the programming fix ended up giving prisoners with sentencing enhancements too much so-called good time credit.

Inslee has told corrections officials to stop releasing prisoners affected by the glitch until a hand calculation ensures the offenders are being released on the correct date.

A victim's family alerted the Department of Corrections to the error in December 2012 after learning of a prisoner's imminent release. The family did its own calculations and found he was being credited with too much time.

The agency consulted with attorneys regarding the error that month and scheduled a fix for the program, but it was repeatedly delayed and ultimately never done. Pacholke said he didn't learn of the error until earlier this month, at which point the governor's office was notified.

Two retired federal prosecutors are conducting an independent investigation to determine why the error occurred and went unfixed for more than 13 years.

Another state Supreme Court ruling credits time out of prison to the sentences of those mistakenly released early, so most of the affected offenders won't have to go back to prison.