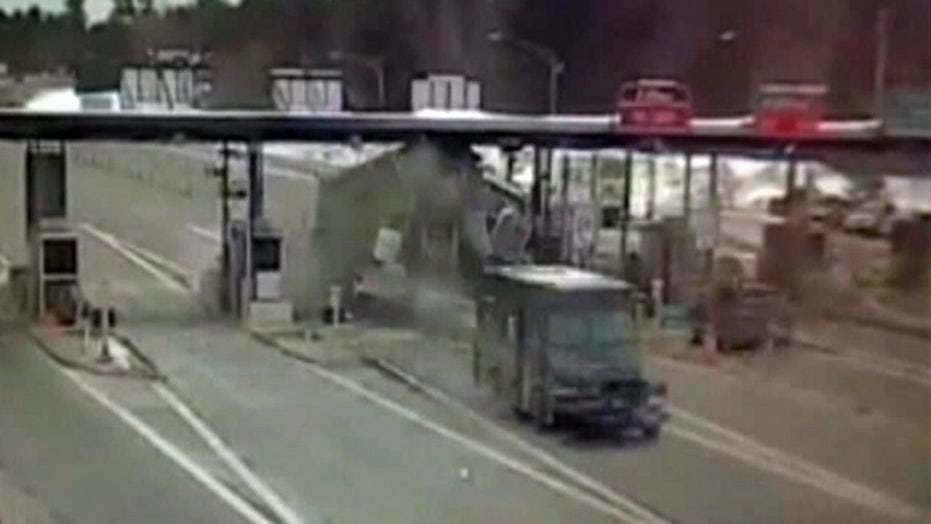 Officials tell WMUR the truck was travelling south and accelerated as it approached an E-ZPass lane and destroyed a section of the tollbooth.

The rear wheels of the truck went over the hold of another car in the southbound lane. The driver was taken to the hospital with injuries that were not life-threatening.

Authorities closed the left lanes of the highway in both directions and police are urging drivers to seek other routes.

Engineers are evaluating the structural integrity of the toll plaza.