TRUMP: NO MORE PLAYING 'NICE' AT THE BORDER - President Trump has threatened to shut down the southern border this week to combat the illegal immigration crisis and in a tweet sent Sunday night, he suggested he was done playing Mr. Nice Guy ... "The Democrats are allowing a ridiculous asylum system and major loopholes to remain as a mainstay of our immigration system," Trump tweeted. "Mexico is likewise doing NOTHING, a very bad combination for our Country. Homeland Security is being sooo very nice, but not for long!"

Meanwhile, Trump has also vowed to cut direct aid to El Salvador, Guatemala and Honduras as their citizens flee north toward the U.S. in caravans. Mexican officials said Sunday they will give out humanitarian visas on a "limited basis" to some of the roughly 2,500 Central American and Caribbean migrants gathered in the southern state of Chiapas. 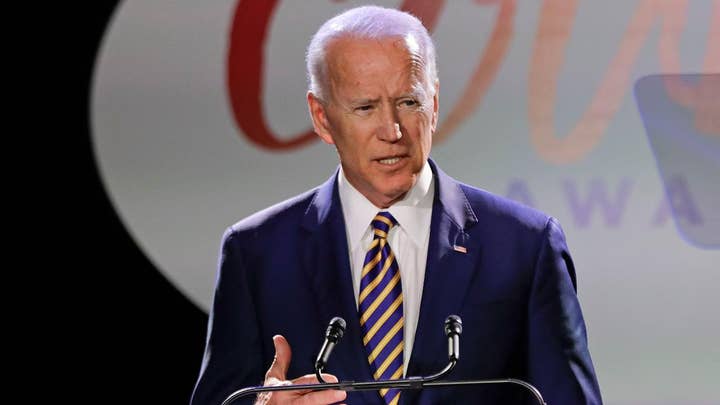 2020 DEMS 'BELIEVE' BIDEN'S ACCUSER: A number of Democratic presidential candidates weighed in over the weekend on the allegations made by a former Nevada political candidate that former Vice President Joe Biden inappropriately touched and kissed her on the back of the head during a 2014 campaign rally ... Sen. Amy Klobuchar, D-Minn., told ABC's "This Week" that she has no reason not to believe the allegations made by Lucky Flores. Sen. Bernie Sanders, I-Vt., who is running for the Democratic nomination, said during an interview with CBS' "Face the Nation” that while he has no reason not to believe Flores, he doesn’t believe that “one incident alone” would disqualify Biden from running for the White House. On NBC's "Meet The Press, former Colorado Gov. John Hickenlooper called the allegations against Biden "very disconcerting."

Earlier in the weekend, while speaking to reporters in Iowa, Sen. Elizabeth Warren, D-Mass., and former Housing and Urban Development Secretary Julian Castro said they believed Flores. Biden – who is expected to soon launch his 2020 presidential bid – has denied ever acting inappropriately toward Flores or anyone, but promised to "listen respectfully"

FILE PHOTO: Ashton Carter makes remarks after he was sworn in as U.S. Secretary of Defense as his wife Stephanie (above, R) Vice President Joe Biden (L) listen February 17, 2015 in the Roosevelt Room of the White House in Washington, DC. (Photo by Alex Wong/Getty Images)

ICYMI: TIME FOR A HISTORY LESSON FOR AOC? - Rep. Alexandria Ocasio-Cortez, D-N.Y., might want to brush up on some history after asserting, incorrectly, that Republicans in Congress amended the Constitution to kick President Franklin Delano Roosevelt out of office ... "They had to amend the Constitution of the United States to make sure Roosevelt did not get reelected," Ocasio-Cortez said Friday during a night hall event with MSNBC with Chris Hayes. Ocasio-Cortez was referring to the 22nd Amendment of the Constitution, which passed in 1947. FDR died in office in 1945. 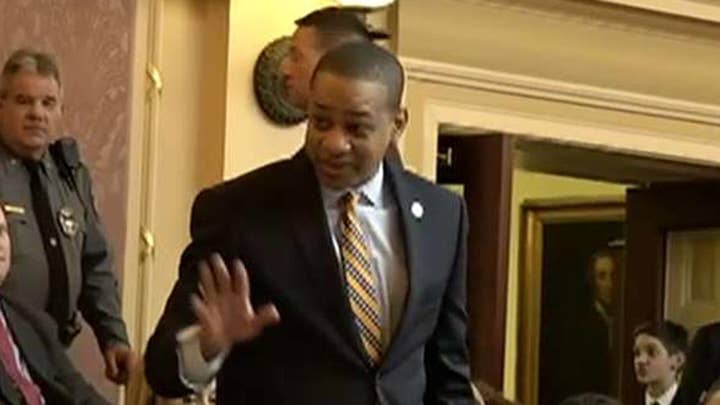 FAIRFAX ACCUSER SPEAKS OUT: One of the two women accusing Virginia Lt. Gov. Justin Fairfax of sexual assault has spoken out publically on television for the first time, saying that she wants to testify in front the Virginia Assembly -- and that Fairfax should resign ... Vanessa Tyson, an associate professor of political science at Scripps College in Claremont, Calif., told "CBS This Morning" in an interview airing on Monday that she did not want her students interested in politics to face a similar situation. CBS News' interview with Fairfax's other accuser, Meredith Watson, is set to air Tuesday. A spokesperson for Fairfax said Sunday the lieutenant governor had taken two polygraph tests showing that he engaged in "no wrongdoing whatsoever."

SLAIN STUDENT'S LAST MOMENTS CAPTURED ON CHILLING VIDEO: Authorities on Sunday released surveillance video they said showed the moment a University of South Carolina student exited a bar and entered the car she mistakenly thought was her Uber, but was instead her alleged killer ... Samantha Josephson, 21, could be seen approaching the Chevy Impala and entering the backseat. Columbia Police Chief Skip Holbrook said investigators found the victim’s blood in Nathaniel David Rowland’s vehicle. Rowland is in custody, charged with kidnapping and murder. 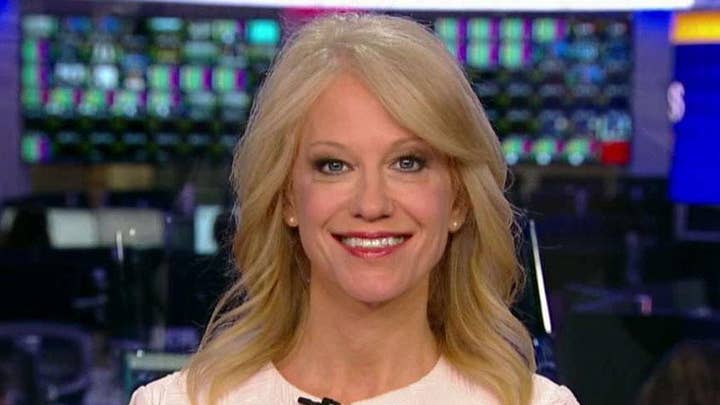 'CREEPY UNCLE JOE' -  "If anybody just types in 'Creepy Uncle Joe Videos' you come up with a treasure trove. I think Joe Biden has a big problem here because he calls it affection and handshakes, his party calls it completely inappropriate.” – Kellyanne Conway, counselor to President Trump, on "Fox News Sunday," on the allegations of inappropriate conduct leveled against former Vice President Joe Biden by former Nevada political candidate Lucky Flores. (Click the image above to watch the full video.)

MINDING YOUR BUSINESS
Facebook's Zuckerberg calls for more regulation of Internet.
What happens if the Trump administration kills ObamaCare?
Bait crisis could take the steam out of lobster this summer.

After the Bell, 4 p.m. ET: Atish Davda, founder and CEO of EquityZen.

The Fox News Rundown podcast: "The Border May Be Closing" - Fox News' Claudia Cowan has an update at the southern border from El Paso, Texas as President Trump threatens to shut down the border. An interview with writer, director, actor Terry Gilliam on his new film, "The Man Who Killed Don Quixote." Plus, commentary by Guy Benson, co-host of "Benson & Harf."

#TheFlashback
2003: American troops enter a hospital in Nasiriyah, Iraq, and rescue Army Pfc. Jessica Lynch, who had been held prisoner since her unit was ambushed on March 23.
1984: Marvin Gaye is shot to death by his father, Marvin Gay, Sr. in Los Angeles, the day before the recording star's 45th birthday. (The elder Gay would plead guilty to voluntary manslaughter, and receive probation.)
1976: Apple Computer is founded by Steve Jobs, Steve Wozniak and Ronald Wayne.
1954: The United States Air Force Academy is established by President Dwight D. Eisenhower.

Fox News First is compiled by Fox News' Bryan Robinson. Thank you for joining us! Have a good Monday (and don't fall for April Fools' jokes)! We'll see you in your inbox first thing Tuesday morning.