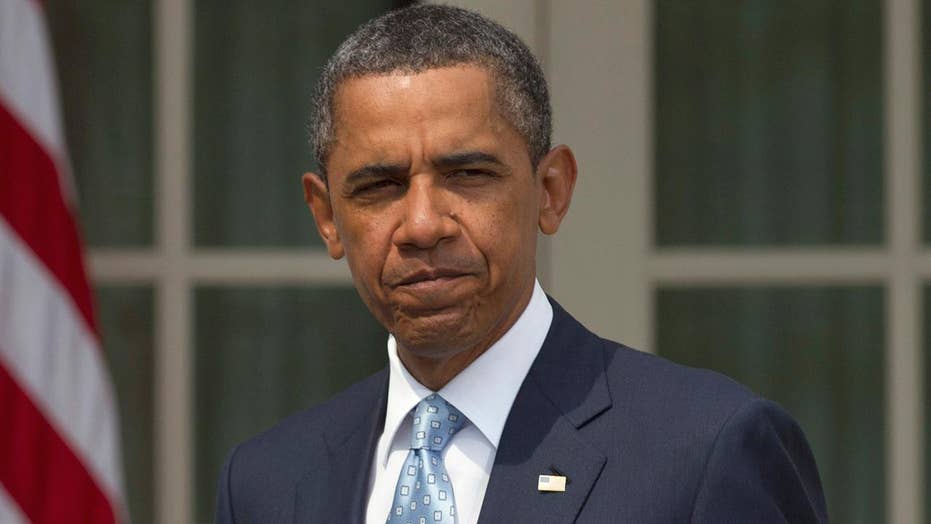 There are a lot of unanswered questions arising from Robert Mueller’s investigation, and some of the most compelling ones involve President Obama’s seemingly inept handling of Russia’s efforts to interfere with the 2016 election.

According to numerous reports, the Obama administration was well aware of the Kremlin’s operation, but refused to take strong steps to address it until it was too late.

We are told to believe that the White House didn’t push back against Russia out of fairness to Donald Trump and because it feared that doing so would spark public outrage.

“It was a politically perilous issue for the White House,” argued Yahoo News Chief Investigative Correspondent Michael Isikoff. “President Obama did not want to be perceived as interfering in the election himself on behalf of Hillary Clinton.”

Case closed? Not so fast.

Months before the 2016 election, the FBI opened its “Crossfire Hurricane” investigation seeking evidence of possible collusion between Russia and a low-level staffer for the Trump campaign. Disgraced former FBI Director James Comey has since informed Congress that the probe initially targeted “four Americans,” but confirmed that neither Donald Trump nor his campaign organization itself were among the targets.

That investigation eventually led to the appointment of Special Counsel Robert Mueller, who finally concluded that no such collusion took place more than two years after President Trump took office. In the meantime, President Trump endured almost daily attacks from left-leaning journalists and Democrat officials based entirely on the now-discredited allegation.

Shockingly, according to other reports, President Obama was aware in more general terms of Russia’s planned effort to undermine American democracy for years.

If President Obama really had concerns that Russia might be working with members of the Trump campaign to influence the outcome of the 2016 election, then it is curious that his administration failed to coordinate with candidate Trump to investigate the FBI’s suspicions and take any steps that might be necessary to rid his campaign of Russian saboteurs. They certainly had ample opportunity to do so during the regular, high-level intelligence briefings that presidential nominees receive during the campaign as part of the presidential transition process.

Instead, Obama administration officials merely issued a vague warning to both Trump and Clinton to be on the lookout for Russian infiltrators, and Obama himself maintained public silence on the matter. The White House finally condemned Russia in October -- just a month before the election -- despite having been aware of Putin’s operation for months.

Were they trying to sabotage President Trump’s election bid?

The American people only learned of this significant delay a year later, when the Washington Post revealed that a “courier from the CIA” had delivered an “intelligence bombshell” to the White House in August 2016, containing “a report drawn from sourcing deep inside the Russian government that detailed Russian President Vladi­mir Putin’s direct involvement in a cyber campaign to disrupt and discredit the U.S. presidential race.”

Shockingly, according to other reports, President Obama was aware in more general terms of Russia’s planned effort to undermine American democracy for years.

“The Obama administration received multiple warnings from national security officials between 2014 and 2016 that the Kremlin was ramping up its intelligence operations and building disinformation networks it could use to disrupt the U.S. political system,” Politico reported in 2017.

The first real retaliation against Moscow, however, did not come until right after Donald Trump won the presidency, at which point the White House announced mild sanctions against several Russians.

When Obama told Russian President Dmitry Medvedev that he would have “more flexibility” with Moscow after the 2012 election, few expected the U.S. president would be this flexible with one of America’s greatest geopolitical foes.

Why didn’t President Obama take a tougher stance on Russia? Why did he wait so long to address Moscow’s election interference? Did he really mean it when he famously mocked Mitt Romney for viewing Russia as our biggest threat on the world stage? Why did the FBI keep candidate Trump in the dark if it did not believe he was personally involved in the suspected collusion with Russia?