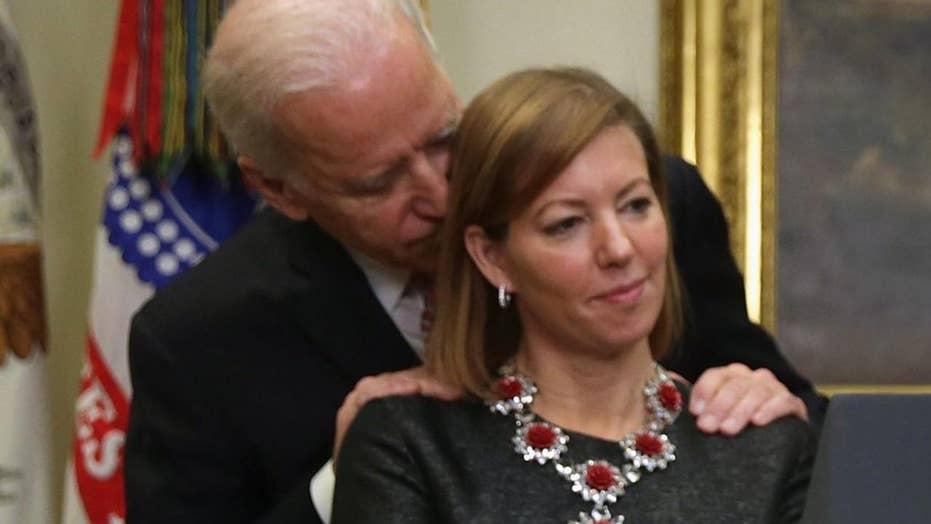 Stephanie Carter, wife of former Defense Secretary Ash Carter, writes a blog post saying a photo showing Joe Biden placing his hands on her shoulders from behind was 'misleading' and was not inappropriate.

The photographs taken during the swearing-in of then-Defense Secretary Ash Carter in 2015 that showed Vice President Joe Biden standing behind the ex-cabinet member's wife with two hands on her shoulders and-- at times-- his nose nuzzled against her hair, were misleading and "extracted from what was a longer moment between close friends," Stephanie Carter said in a post on Medium.

The photographs from the Feb. 17, 2015 ceremony made their way back into the public eye in recent days after recent allegations against Biden. Nevada’s Democratic lieutenant governor candidate Lucy Flores alleged in an article Friday that the former vice president "plant[ed] a big slow kiss" on the back of her head. 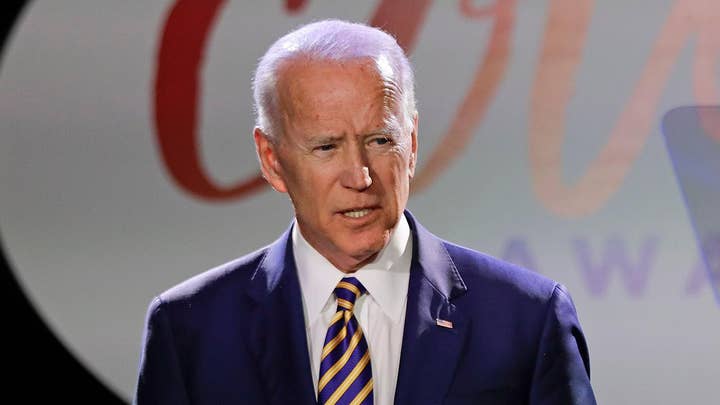 Carter titled her post, "The #MeToo Story That Wasn’t Me." She said her intention was to set the record straight that the moment was simply a longtime friend supporting another friend. But she wrote that Biden could sense she was nervous and "kept his hands on my shoulders as a means of offering his support."

The photograph made its rounds in 2015, but she wrote that she believed it would blow over without comment. She admitted that "clearly that was wishful thinking."

Carter made it clear that she supports Flores' "right to speak her truth and she should be, like all women, believed."

Several women who worked for Biden stepped forward over the weekend to vouch for his character, but Republicans used the alleged episode to raise questions about a potential Biden candidacy for 2020, in a post #MeToo era. Even some Democrats see a potential flaw in the candidate that could hurt his chances.

“It looks different in 2019,” said Maria Cardona, a Democratic strategist, told the AP.

Kellyanne Conway, the White House adviser, told “Fox News Sunday”: "First of all, this woman Lucy is very bold to come forward, and I would remind the audience that she shares Joe Biden’s political party. He was there to help to Democratic Party of Nevada, and her candidacy, so it’s quite bold for her to go up against the highest levels of her own political party."

Carter said she was disappointed that the photograph was misused. When she met with the Bidens again, she "told them I felt awful that after he had generously taken time out of his day to swear in an old friend, his attempt to support me had become a joke and even more — supposed proof positive that he didn’t understand how to respect women."