Raucous Trump-Biden face-off has debate panel ‘carefully considering’ format changes
The Commission on Presidential Debates said Wednesday that “additional structure” should be added to the formats of the two remaining Trump-Biden debates in order to ensure a “more orderly discussion” of the issues by the two candidates. 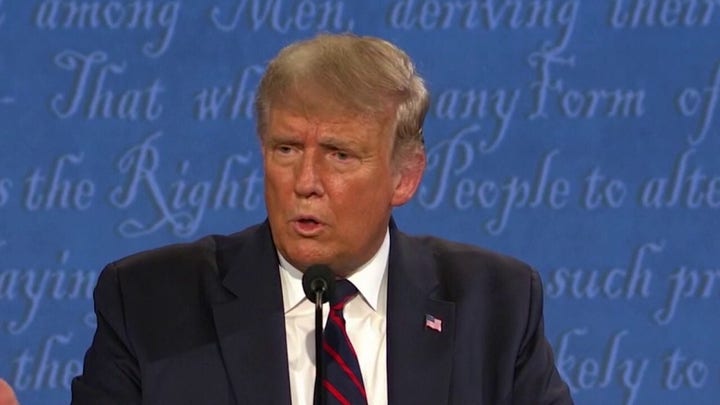 The commission’s comments came after Tuesday night’s debate in Cleveland, which included repeated interruptions and both candidates hurling charges and insults at each other.

The commission added it will be “carefully considering" the changes it will adopt and "will announce those measures shortly.”

“The commission is grateful to Chris Wallace for the professionalism and skill he brought to [Tuesday's] debate and intends to ensure that additional tools to maintain order are in place for the remaining debates,” the commission said of the Fox News anchor, who served as debate moderator.

The debate panel is sponsoring two more Trump-Biden debates, on Oct. 15 in Miami and Oct. 22 in Nashville, Tenn. A debate between Vice President Mike Pence and Biden running mate Sen. Kamala Harris is set for next Wednesday. CLICK HERE FOR MORE ON OUR TOP STORY.

In other developments:
- Laura Ingraham: President Trump’s accomplishments are ‘beyond debate’
- Trump claims debate victory over Biden: 'I held Joe accountable for his 47 years of lies'
- Sean Hannity tells mainstream media: 'Spare us your phony indignation' over debate fireworks
- 'Bleep-show' presidential debate was a 'blown opportunity' for Trump: Ben Shapiro
- Trump says he doesn't know who Proud Boys are, says 'let law enforcement do their work' 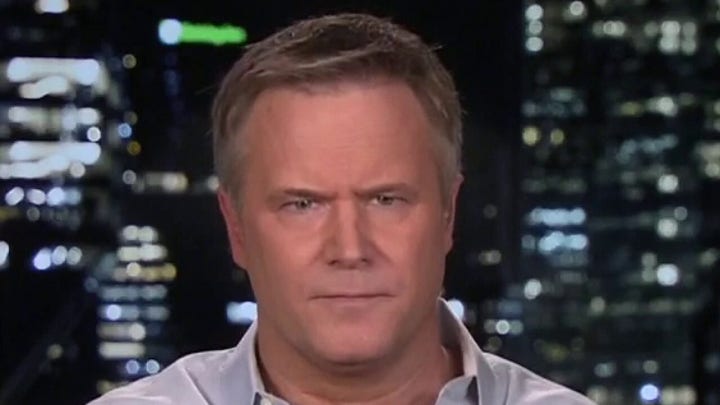 Attorney Lin Woood says the planned legal action on behalf of Rittenshouse, 17, is a response to a 50-second clip that Biden's camp posted to Twitter that uses the caption, “There’s no other way to put it: The president of the United States refused to disavow white supremacists on the debate stage last night.”

The tweet garnered more than 48,000 retweets and 148,000 likes by Wednesday afternoon. It references President Trump’s response to a question during Tuesday night’s debate in Cleveland, in which the moderator, Fox News host Chris Wallace, asked the president if he was willing “to condemn White supremacists and militia groups, and to say that they need to stand down and not add to the violence in a number of these cities.”

As Wallace continued his question, he said the nation has seen violence in cities, such as Kenosha and Portland, Ore. But roughly 12 seconds into the video, as the moderator is heard mentioning Kenosha and Portland, the footage cuts to an image of Rittenhouse, who is accused of fatally shooting two people and wounding a third after clashing with demonstrators during civil unrest in the Wisconsin city last month.

Rittenhouse’s legal team has continuously argued the teenager was defending himself when he fired his weapon Aug. 25. CLICK HERE FOR MORE. 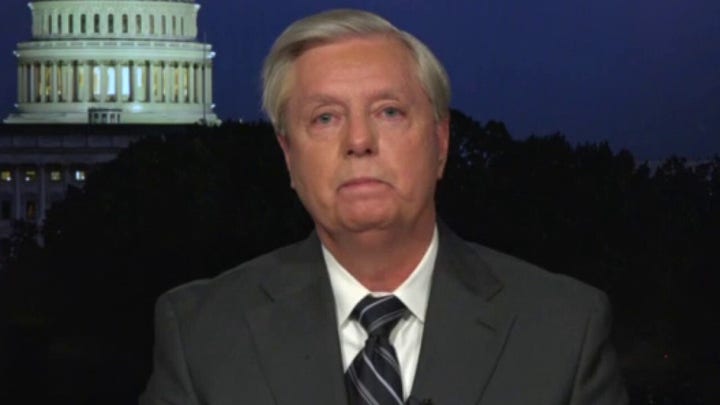 "What happened here is the Democratic Party hired a foreign agent, Christopher Steele, who enlisted a suspected Russian spy to create a dossier that was a bunch of garbage, Russian disinformation,” Graham told host Sean Hannity. “And the FBI bought it hook, line and sinker, used it four times against an American citizen, a Trump campaign person, to get a warrant. If that doesn't bother America, then something's wrong.

“To my Democratic colleagues," Graham added, "if the shoe were on the other foot, you'd be burning the place down."

Graham characterized Comey as having a “convenient memory” of what was “damning” to President Trump but denying any incriminating conduct by his investigators. CLICK HERE FOR MORE. 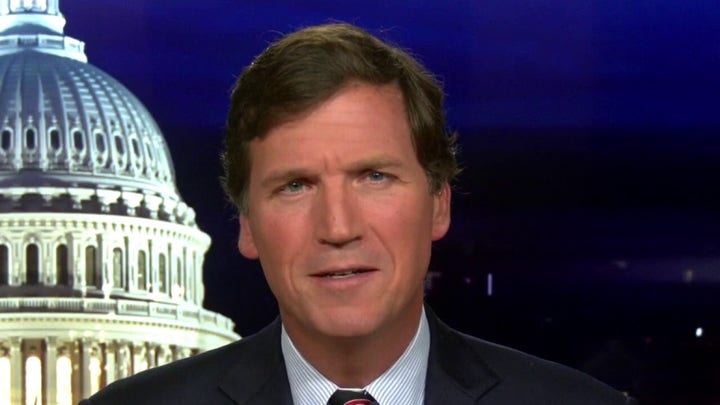 “This is a great country, the most decent people in the world live here," he added. "We ought to be proud to live here – proud of our culture, proud of our history. Most of us want the country we grew up in to be stable, but [Tuesday's] debate gave us little confidence that will happen.”

Fox News First is compiled by Fox News' Jack Durschlag. Thank you for making us your first choice in the morning! We’ll see you in your inbox first thing Friday.