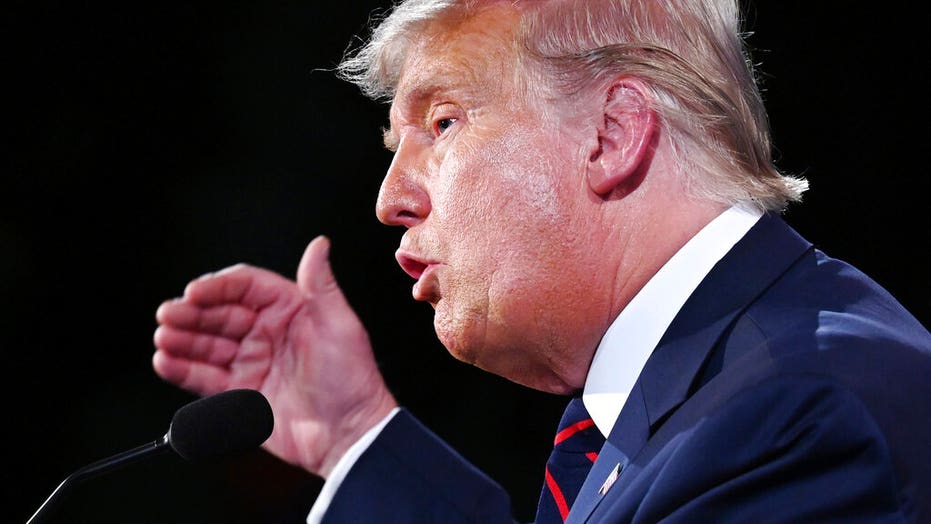 President Trump on Wednesday tried to clear up confusion after telling the right-wing men’s group the Proud Boys to “stand back and stand by,” during the first presidential debate, saying he didn’t know who the group was but they should let law enforcement do their job.

“I don’t know who the Proud Boys are. I mean, you’ll have to give me a definition because I really don’t know who they are,” Trump told reporters at the White House. “I can only say they have to stand down and let law enforcement do their work.”

The Proud Boys, a group of “Western chauvinists” who fashion themselves the counterweight to Antifa, have sometimes espoused White supremacist and misogynistic views. They have violently clashed with left-wing demonstrators across the country.

Trump, asked by moderator Chris Wallace at the debate Tuesday if he was willing to condemn White supremacy, said, "Sure, I'm willing to do that. But I would say almost everything I see is from the left-wing, not the right-wing. I am willing to do anything. I want to see peace.”

Democratic nominee Joe Biden then suggested Trump specifically condemn the far-right group Proud Boys, to which the president responded in part, "Proud Boys, stand back and stand by" – a comment that sparked outrage on social media.

Still, Proud Boys leader Enrique Torrio said he didn't see the president's words as "an endorsement." Still, he said it was a "great moment" to be mentioned by the president, and pushed back on the notion his group was tied to white supremacy.

"Somebody's got to do something about Antifa and the left, because this is not a right-wing problem,” Trump added.

Sen. Tim Scott, R-S.C., told reporters Wednesday he thought the president misspoke when he said "stand back and stand by," but called on him to correct his statement if that really were the case.

"I think he misspoke. I think he should correct it. If he doesn't correct it, I guess he didn't misspeak," he said during a photo op with Supreme Court nominee Amy Coney Barrett.

The Trump campaign told Fox News the president has repeatedly condemned White supremacy and did so “twice” during the debate.

The campaign criticized the question from Wallace in general.

Trump campiagn spokesman Tim Murtaugh doubled down, saying that the president has denounced White supremacy “over and over and over again.”

The “Platinum Plan” states that it will “prosecute the KKK and Antifa as terrorist organizations and make lynching a national hate crime.”