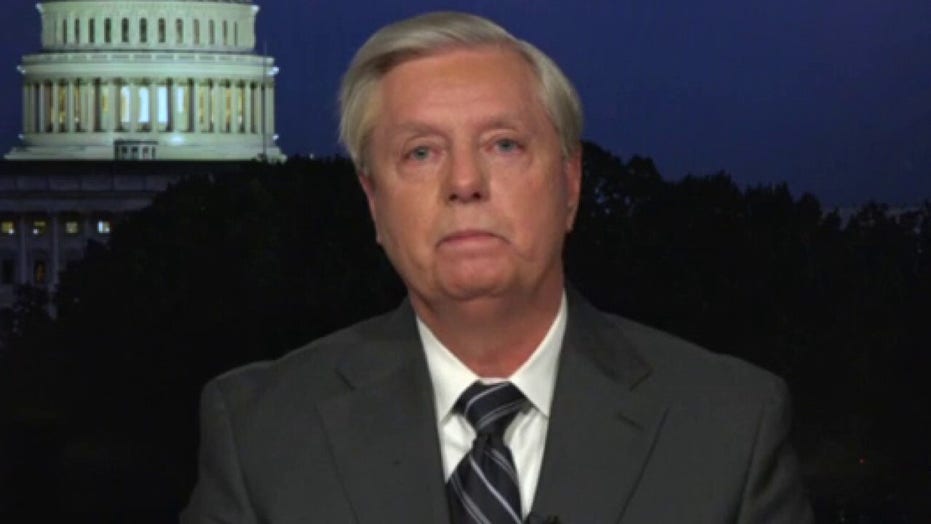 Graham accuses Comey of having 'convenient memory' of Russia probe

“What happened here is the Democratic Party hired a foreign agent, Christopher Steele, who enlisted a suspected Russian spy to create a dossier that was a bunch of garbage, Russian disinformation,” Graham told host Sean Hannity. “And the FBI bought it hook, line and sinker, used it four times against an American citizen, a Trump campaign person, to get a warrant. If that doesn't bother America, then something's wrong.

“To my Democratic colleagues," Graham added, "if the shoe were on the other foot, you'd be burning the place down."

Graham characterized Comey as having a “convenient memory” of what was “damning” to President Trump but denying any incriminating conduct by his investigators.

“It's hard to believe that the director of the FBI in charge of an investigation of a sitting president wasn't told, ‘Oh, by the way, the sub-source who prepared the dossier we think is a Russian agent [dating] back to 2009,'” he said.

If someone involved were to come forward and testify that Comey had been briefed on the background of the dossier, Graham said, Comey would be in “big-time trouble.”

In addition, the chairman added, Comey made the "pretty stunning" admission that "if he knew then what he knows now, he would not sign the warrant application against Carter Page.

"This is a big day for Carter Page," Graham added. "I think he's going to become a rich man."