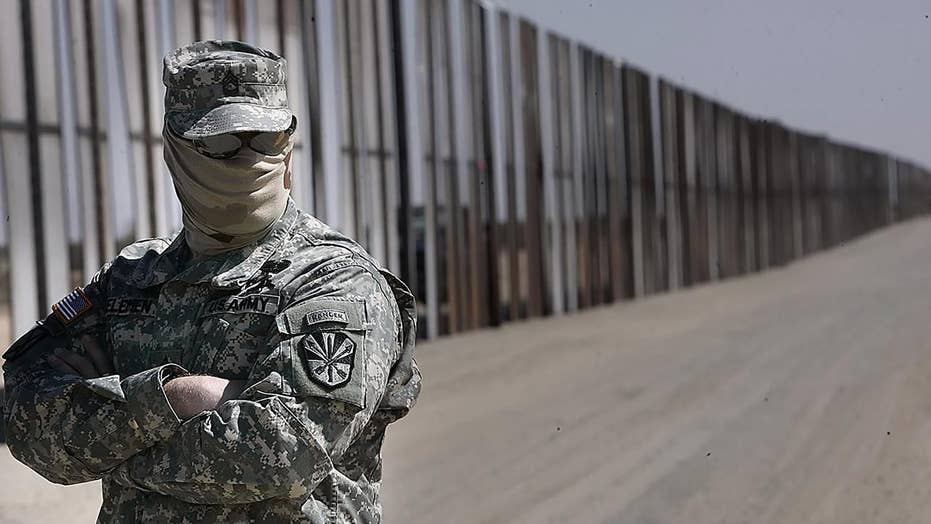 A formal request for 700 National Guardsmen along with helicopters and other equipment is now being considered by Defense Secretary Mattis; Jonathan Hunt reports from Los Angeles.

A tractor-trailer transporting undocumented immigrants was stopped by authorities in Texas on Tuesday night, police said.

Police in Raymondville, about 50 miles north of the U.S.-Mexico border, told Fox News that 92 undocumented immigrants were found in the back of the vehicle.

Officers from the Department of Public Safety (DPS) stopped the vehicle at Highway 77 and Farm to Market Road 3168, police said.

Traffic in the area was diverted as personnel from U.S. Border Patrol, Raymondville Police, the Willacy County Sherriff’s Office and DPS investigated, a reporter with KGBT-TV in Harlingen tweeted.

Emergency Medical Services personnel were on standby, as many of the immigrants inside the trailer were said to be dehydrated.

Some of the people were transported to local hospitals, but the exact number was not immediately known.

The severity of the dehydration cases was not immediately clear, but no other injuries were reported.

No information on the driver of the truck was immediately available.