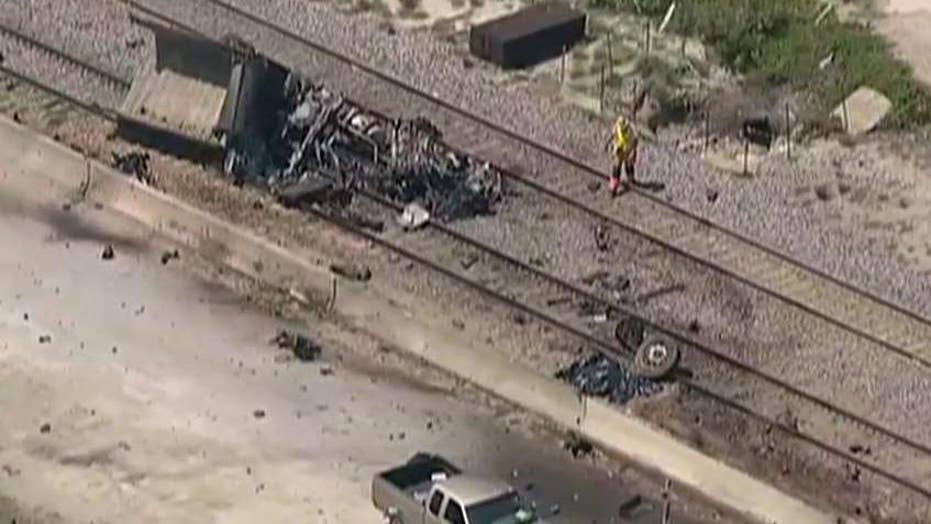 At least two people are dead after a train crashed into a dump truck in Texas Saturday, authorities said.

Arlington Police responded to a call just before noon of a fatal crash on Calloway Cemetery Road involving a Trinity Railway Express train and a commercial truck. At least two people from the truck are dead.

Eleven people on the train were also injured and hospitalized following the crash, Fox 5 reported. Two of them were in critical condition and three others had serious but non-life-threating injuries.

Train passengers were taken to a local strip club where they were able to use the restrooms before a shuttle bus took them to Fort Worth, The Dallas Morning News reported.

It is still unclear what caused the crash.