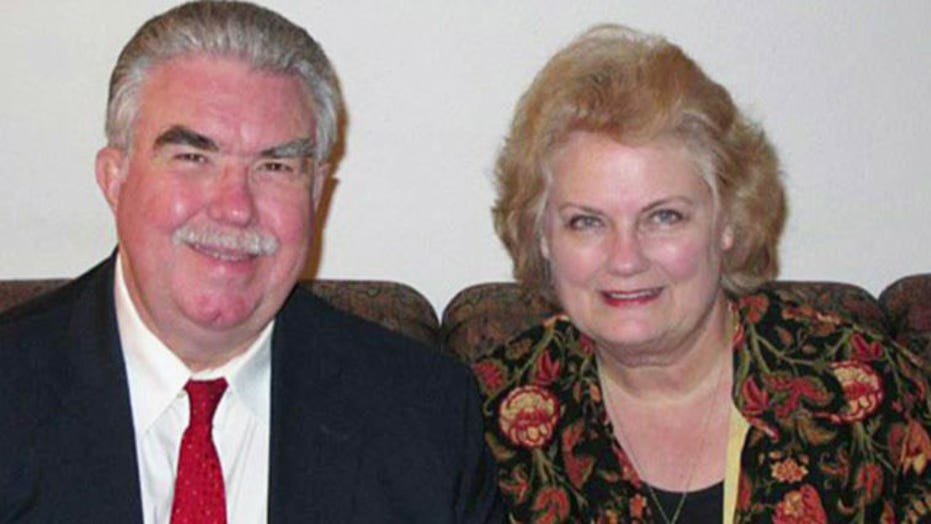 Texas district attorney on murder of friend and colleague

Doug Lowe: 'He would go after the bad guys'

KAUFMAN, Texas – Kaufman County District Attorney Mike McLelland took no chances after one of his assistant prosecutors was gunned down two months ago. McLelland said he carried a gun everywhere he went and was extra careful when answering the door at his home.

"I'm ahead of everybody else because, basically, I'm a soldier," the 23-year Army veteran said in an interview less than two weeks ago.

On Saturday, he and his wife were found shot to death in their rural home just outside the town of Forney, about 20 miles from Dallas.

While investigators gave no motive for the killings, Forney Mayor Darren Rozell said: "It appears this was not a random act."

"Everybody's a little on edge and a little shocked," he said.

The slayings came less than two weeks after Colorado's prison chief was shot to death at his front door, apparently by an ex-convict, and a couple of months after Kaufman County Assistant District Attorney Mark Hasse was killed in a parking lot a block from his courthouse office. No arrests have been made in Hasse's slaying Jan. 31.

McLelland, 63, is the 13th prosecutor killed in the U.S. since the National Association of District Attorneys began keeping count in the 1960s.

Sheriff David Byrnes would not give details Sunday of how the killings unfolded and said there was nothing to indicate for certain whether the DA's slaying was connected to Hasse's.

Colorado's corrections director, Tom Clements, was killed March 19 when he answered the doorbell at his home outside Colorado Springs. Evan Spencer Ebel, a white supremacist and former Colorado inmate suspected of shooting Clements, died in a shootout with Texas deputies two days later about 100 miles from Kaufman.

McLelland himself, in an Associated Press interview shortly after the Colorado slaying, raised the possibility that Hasse was gunned down by a white supremacist gang.

The weekend slayings raised concerns for prosecutors across Texas, and some were taking extra security precautions. Byrnes said security would be increased at the courthouse in Kaufman but declined to say if or how other prosecutors in McLelland's office would be protected.

Harris County District Attorney Mike Anderson said he accepted the sheriff's offer of 24-hour security for him and his family after learning about the slayings, mostly over concerns for his family's safety. Anderson said also would take precautions at his Houston office, the largest one in Texas, which has more than 270 prosecutors.

"I think district attorneys across Texas are still in a state of shock," Anderson said Sunday.

McLelland, elected DA in 2010, said his office had prosecuted several cases against racist gangs, who have a strong presence around Kaufman County, a mostly rural area dotted with subdivisions, with a population of about 104,000.

"We put some real dents in the Aryan Brotherhood around here in the past year," he said.

In recent years, the DA's office also prosecuted a case in which a justice of the peace was found guilty of theft and burglary and another case in which a man was convicted of killing his former girlfriend and her 10-year-old daughter.

McLelland said he carried a gun everywhere, even to walk his dog around town, a bedroom community for the Dallas area. He figured assassins were more likely to try to attack him outside. He said he had warned all his employees to be constantly on the alert.

"The people in my line of work are going to have to get better at it," he said of dealing with the danger, "because they're going to need it more in the future."

The number of attacks on prosecutors, judges and senior law enforcement officers in the U.S. has spiked in the past three years, according to Glenn McGovern, an investigator with the Santa Clara County, Calif., district attorney's office who tracks such cases.

For about a month after Hasse's slaying, sheriff's deputies were parked in the district attorney's driveway, said Sam Rosander, a McLelland neighbor.

The FBI and the Texas Rangers joined the investigation into the McLellands' deaths.

McLelland and his wife, Cynthia, 65, were the parents of two daughters and three sons. One son is a police officer in Dallas. The couple had moved into the home a few years ago, Rozell said.