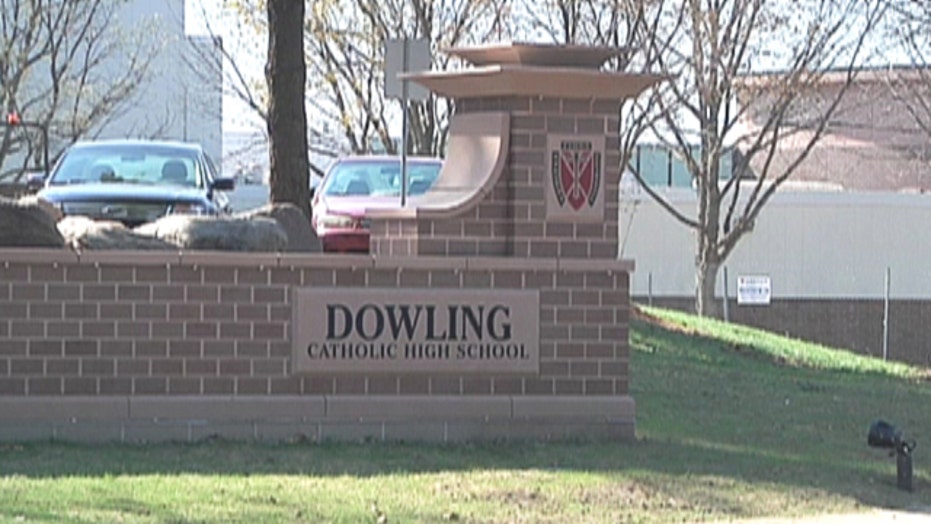 Lauren Blanchard talks with a teacher who says he was denied a job because he’s engaged to another man, but school says teachers must be models of Catholic faith

DES MOINES, Iowa – Students rallied for an Iowa substitute schoolteacher who lost out on a full-time job at a Catholic school after his prospective employers learned he is gay, but it won't put him in front of a blackboard.

Tyler McCubbin, 26, had been a substitute for the last eight months at Dowling Catholic High School in Des Moines when a full-time position opened. McCubbin said school administrators urged him to apply, and he even received a verbal offer from the school, he said. But when he was called back into the office and asked if he knew about Catholic teachings, he figured something was amiss.

“Right from the get-go, as soon as I heard them talking about ‘outside the church’s teachings’ I knew what had happened,” said McCubbin.

McCubbin said school officials told him they saw his Facebook profile and discovered he was in a same-sex relationship and engaged. They rescinded the offer.

“Never once did I come out to my students, because that’s not my duty to do so. They first and foremost need to know me as their teacher, as a mentor, as a sort of counselor, and who I am outside of my classroom has no bearing on my professional career," said McCubbin.

The school and the Diocese of Des Moines said in a statement that Catholic schools are an extension of the church and must follow “the church’s teachings and doctrine in employment matters.”

After the story made local headlines, a group of Dowling students planned a walk-out in support of McCubbin. The school allowed the students to leave their classrooms without any penalty.

McCubbin said he hopes his situation starts a bigger conversation about chools, churches and the state.

Iowa Gov. Terry Branstad said his heart goes out to both McCubbin and Dowling Catholic High School. But that he doesn’t think the state should force the private religious institution to hire anyone at odds with their beliefs.

“I support treating everybody with respect and dignity but I also believe that religious institutions should not be asked to violate their conscious,” Branstad said during his weekly press conference.

Iowa law exempts religious institutions from the state’s civil rights act and prevents them from being sued for discriminating based on sexual orientation.

The school also said in their statement that they wish McCubbin well but their teachers must be models of the Catholic faith.

McCubbin says he understands where the school is coming from on why they can’t hire him based on their religious teachings, but he still feels “angry.”

While McCubbin has been asked to leave Dowling Catholic High School, he still has part-time teaching jobs at six other schools in the Des Moines area and says he will continue to look for a full time job.