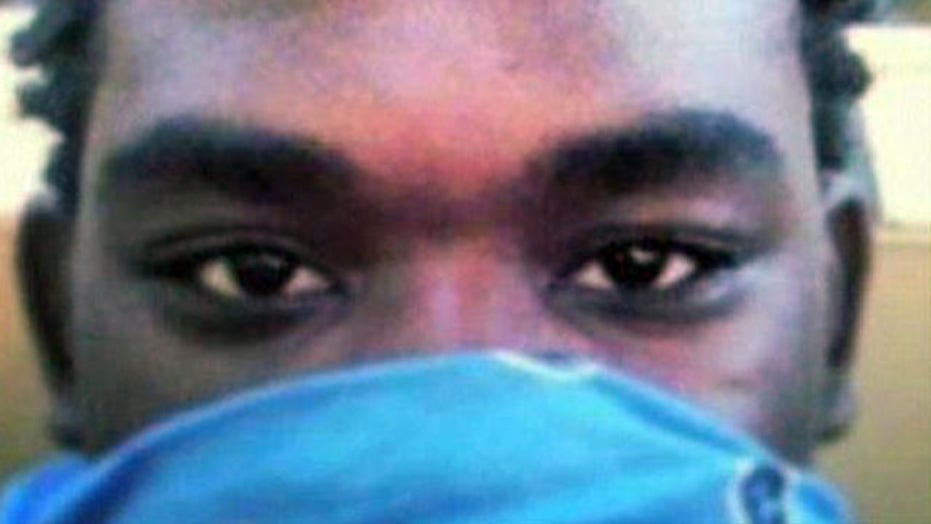 Anatomy of a 'thrill kill'

'On the Record's' Legal Panel takes on the evidence against the three suspects in the Okla. 'thrill' killing of an Australian baseball player and the case's race debate

An Australian baseball player who was allegedly shot and killed at random while he was jogging wasn't targeted because of his race or nationality, the prosecutor in charge of the case said Friday.

Christopher Lane, a 22-year-old student at East Central University, was shot in the back and killed last week while jogging in Duncan, a southern Oklahoma community where the three teenagers accused in his killing live.

"At this point, the evidence does not support the theory that Christopher Lane was targeted based upon his race or nationality," District Attorney Jason Hicks said in a statement.

Chancey Allen Luna, 16, and James Francis Edwards, Jr., 15, have been charged as adults with first-degree murder. Michael Dewayne Jones, 17, is charged with using a vehicle in the discharge of a weapon and with accessory to first-degree murder. He is considered a youthful offender but will be tried in adult court.

Jones named Luna as the gunman.

Hicks acknowledged that social media posts allegedly made by some of the defendants are racial in nature, but he said "the evidence is insufficient to establish that race was the primary motive" in Lane's slaying.

The Daily Caller reported that racist tweets were posted on an account belonging to Edwards. One tweet from the account reads, "90% of white ppl are nasty. #HATE THEM." Another post read, "Ayeee I knocced out 5 woods since Zimmerman court!:)"

The Daily Caller's report noted that 'woods' is used as a derogatory term for white people.

Police Chief Dan Ford said the victim appeared to be chosen at random, and that one suspect told officers that he and the other boys were bored and they followed Lane and killed him for "the fun of it."

One of Edwards' friends, Serenity Jackson, told The Associated Press she didn't believe race was a factor in the shooting. She noted that Luna's mother, Edwards' girlfriend and Jones are white.

"It has nothing to do with Chris being white. They didn't even know who he was," said Jackson, 17, who grew up with Edwards.

Hicks also released a 911 call on Friday in which the caller reported that there were kids outside of a home threatening to kill someone.

Lane was on a baseball scholarship at East Central University in Ada, Okla., and was in Duncan visiting his girlfriend, Sarah Harper when he was shot and killed. Some bystanders tried to perform CPR on Lane, but he was unconscious and stopped breaking before an ambulance arrived.

Hicks called the boys "thugs" in court, saying Luna was sitting in the rear seat of a car when he pulled the trigger on a .22 caliber revolver and shot Lane once in the back. Hick said Jones was driving the vehicle and Edwards was in the passenger seat.

"It is heartless and to try to understand it is a short way to insanity," Peter Lane, the victim's father said.

Lane and Harper had recently returned from a trip to Australia, and Lane was visiting Harper and her parents.