The president confirmed the disturbing test results himself in a Twitter message shortly before 1 a.m. ET.

The first couple had undergone testing after learning that senior White House adviser Hope Hicks had tested positive for COVID-19. Hicks had recently accompanied the president on several trips, including to Cleveland for Tuesday's debate against Democratic presidential nominee Joe Biden. 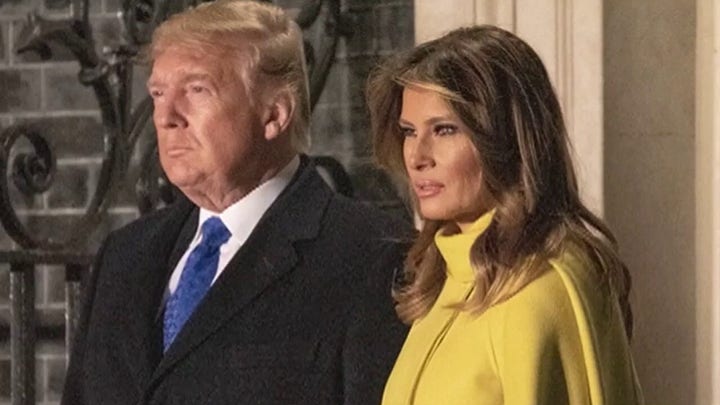 Both the president, 74, and first lady, 50, were feeling well, according to Dr. Sean P. Conley, the president's physician.

The first lady also issued a statement on social media.

"As too many Americans have done this year, @POTUS & I are quarantining at home after testing positive for COVID-19," she wrote. "We are feeling good & I have postponed all upcoming engagements. Please be sure you are staying safe & we will all get through this together."

Vice President Mike Pence and second lady Karen Pence were among the first people to wish the first couple a quick recovery. It was not immediately clear when the Pences had most recently undergone a COVID-19 test themselves.

The president's diagnosis raised immediate questions not only about his health but about the potential impact on his work duties and campaign schedule. But details on those repercussions weren't immediately clear. CLICK HERE FOR MORE ON OUR TOP STORY.

Hicks, who serves as counselor to the president, traveled with him aboard Air Force One to Tuesday night’s debate in Cleveland and to his rally in Minnesota the following day.

She tested positive Thursday, according to an administration official, who spoke on the condition of anonymity to discuss private health information.

"The President takes the health and safety of himself and everyone who works in support of him and the American people very seriously," White House spokesman Judd Deere said in a statement.

Hicks, who will turn 32 on Oct. 21, is one of the president's most trusted aides. She previously served as White House communications director and rejoined the administration this year ahead of the election. CLICK HERE FOR MORE.

Wallace, who moderated the 94-minute clash in Cleveland, began by joking that the highlights host Bill Hemmer played had led to a recurrence the "PTSD" he had "just gotten over." 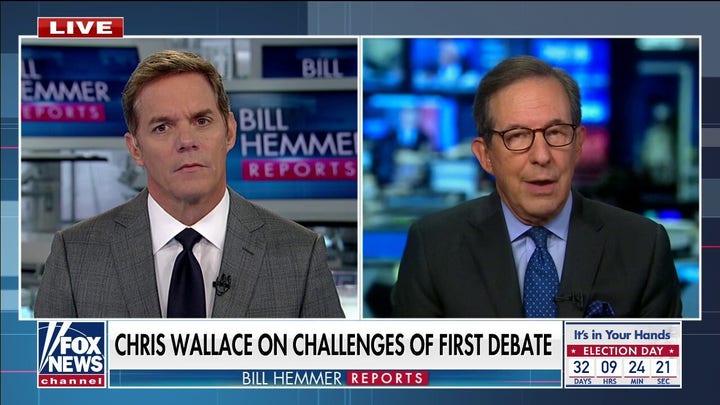 However, Wallace went on, "it became clear, and clearer over time that this was something different and that the president was determined to try to butt in or throw Joe Biden off ... I saw another Fox analysis that indicates the president interrupted either Biden's answers or my questions a total of 145 times, which is way more than one a minute. And he bears the primary responsibility for what happened on Tuesday night."

Wallace told Hemmer that he "began being more forceful" after repeatedly urging Trump not to interrupt the Democratic nominee.

Responding to criticism of his handling of the debate, Wallace stressed that "hindsight is 20/20" but admitted that he knew 45 minutes into the debate that it was a "total mess" and a "disservice ... to the country." CLICK HERE FOR MORE

In other developments:
- Trump campaign calls out second debate moderator who interned for Biden, worked for Ted Kennedy
- Trump campaign says Commission on Presidential Debates 'not impartial,' amid talk of rule, format changes
- Pelosi on if Biden should debate Trump again: 'One and done'
- McEnany: Trump has 'condemned' white supremacy, but 'shameful' media won't cover it 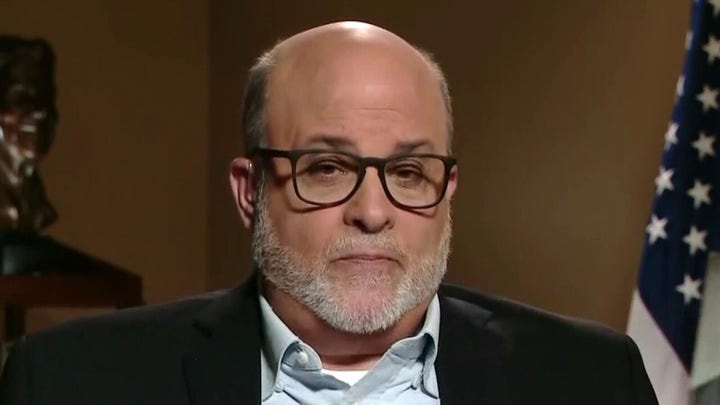 Mark Levin says Democrat Joe Biden has come out with several "bigoted, racist" remarks over his nearly five decades in public office that should dog his presidential campaign at every step. In 1975, according to Levin -- who appeared on "Hannity" on Thursday night -- then-Sen. Biden told The Philadelphia Inquirer that the Democratic Party could “stand a liberal George Wallace. Someone who’s not afraid to stand up and offend people.”

That same year, Levin added, Biden called the concept of desegregation busing a “rejection of the whole movement of Black pride.” “If that doesn’t come close to promoting segregation, or opposing integration, I don’t know what does,” Levin said.