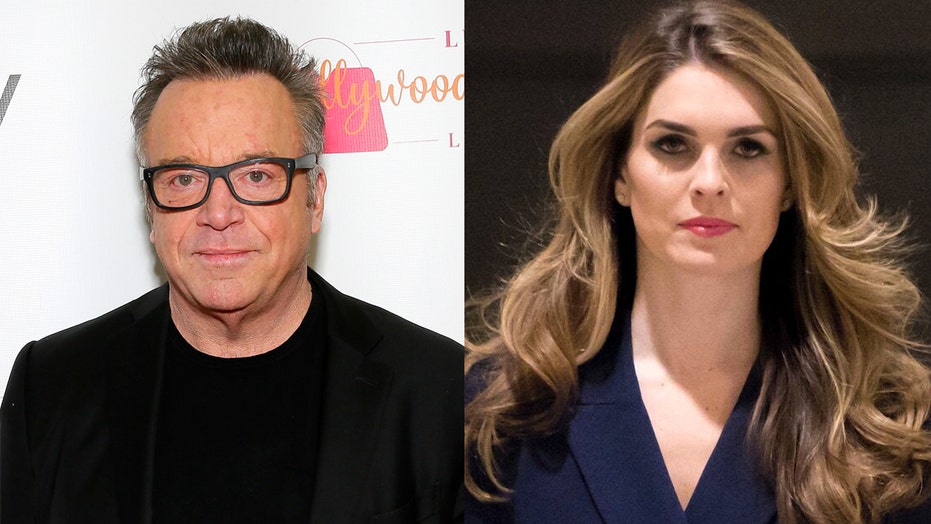 Hicks, a counselor to President Trump, tested positive for COVID-19 on Thursday, according to an administration official, and she had traveled with the president a number of times within the last few days.

In a since-deleted tweet, Arnold offered fans an opportunity to speak with Hicks directly.

Arnold then shared a number he claimed to be "her personal cell."

The star has been very outspoken in his disdain for Trump and the current administration.

In June, he called for “liberal men” to exercise their Second Amendment rights on unmarked law enforcement in Washington D.C.

The actor took to Twitter to encourage violence from people protesting police brutality in the wake of the death of George Floyd, who died May 25 in police custody in Minneapolis, after Officer Derek Chauvin knelt on his neck for more than eight minutes. In response to reports that President Trump had dispatched additional federal law enforcement in riot gear without visible badges or name identification, Arnold suggested that liberals in D.C. arm themselves.

“2nd Amendment is for everyone including black men with long guns but it's f---ing time for us white liberal men to stand up for our brothers & sisters. Borrow our dad's hunting rifles & go nose to nose with Trump’s gang of misfit tools. Let's do it,” he wrote on Twitter.

The tweet was in response to a video showing people in riot gear forming a blockade in the nation’s capital. However, it was unclear who the units were or whose orders they were following.

“Completely unmarked officers in riot gear holding protesters blocks away from the White House. No badges. No insignias. No name tags. Nothing. Refused to tell us who they’re with,” the initial tweet read.