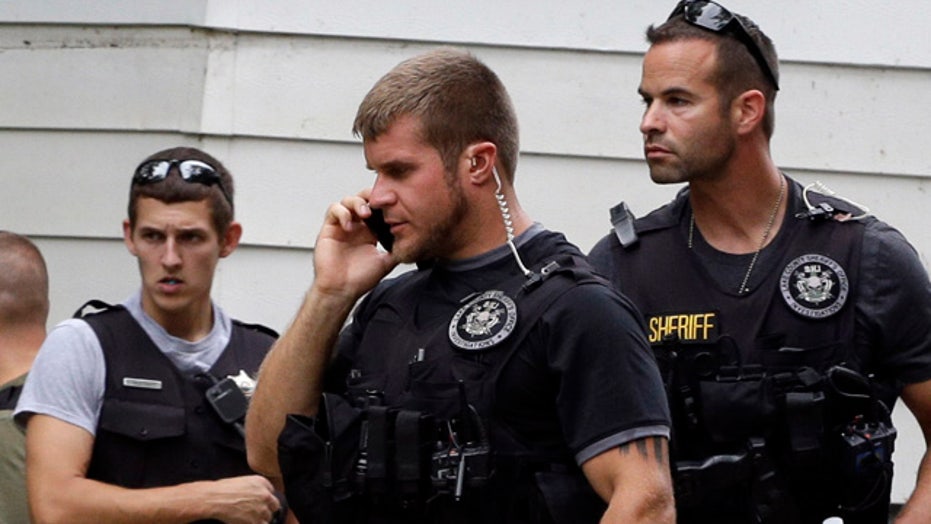 Investigators revealed Friday they found “significant” new evidence in a wooded, marshy area where a northern Illinois police officer was gunned down during a pursuit of three suspicious men.

The discovery came after investigators used weed trimmers and machetes to clear the spot where Fox Lake Lt. Joe Gliniewicz, 52, was found shot to death Tuesday and then searched the ground on their hands and knees, MyFoxChicago reported.

“We did recover a significant piece of evidence,” George Filenko, Commander of the Lake County Major Crimes Task Force, told reporters, according to the station. “I know your next question is going to be what is it? I'm not at liberty to tell you.”

The recovered evidence could be very crucial to the case if and when it gets to the point of prosecution, the station reported, adding that investigators seemed encouraged, if not excited, about what was found.

The station said the search of the crime scene was being conducted in a painstaking manner.

“They've basically gotten it down to almost bare earth. They're on their hands and knees literally today doing grid to grid searches,” Filenko said.

Earlier in the week investigators sent to the crime lab DNA evidence that they hope could lead to the killers.

MyFoxChicago also reported Friday that police obtained videos from homes and businesses that show the three suspects, described only as two white men and one black man, before and after Gliniewicz was murdered.

On Thursday police said a homeowner gave them video of the three men. The new videos could provide more clues, the station said.

The videos were turned over to the FBI which is compiling a timeline of the suspects movements, Filenko said.

The investigators believe the three suspects are probably still in the Fox Lake area, 45 miles north of Chicago.

A local company Motorola Solutions has announced a $50,000 reward for help in finding the killers.

Gliniewicz, a 30-year police veteran who was planning to retire at the end of the month, contacted dispatchers about the three suspicious men run and requested a second unit. Dispatchers soon lost contact with him, and backup officers found him about 50 yards from his squad car with a gunshot wound. He died soon after.