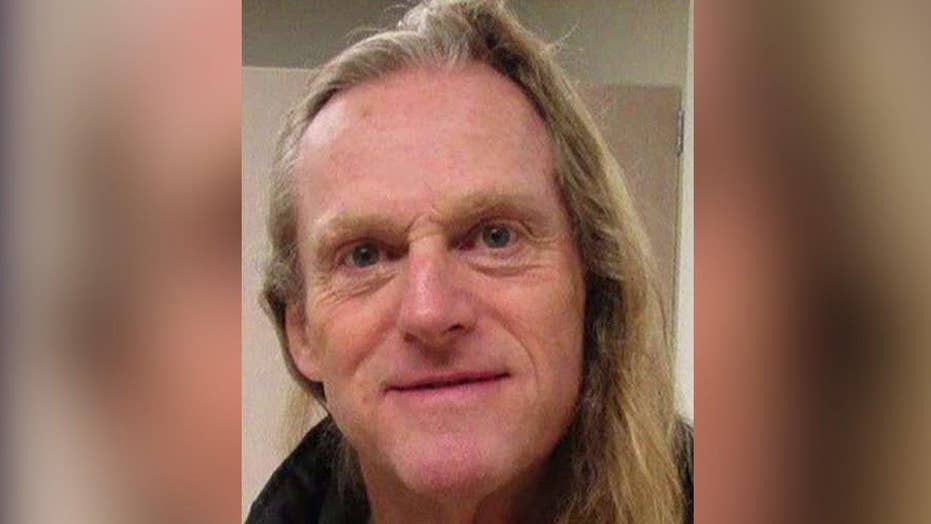 One of two prisoners escaped from mental hospital caught

One of the two men who busted out of a psychiatric facility in Washington state on Wednesday was captured Thursday, but the more dangerous of the pair -- an accused killer -- remains on the run.

Mark Alexander Adams, 58, was caught in Des Moines, Washington, near the Western State Hospital he escaped from Wednesday evening.

Anthony Garver, however, remains on the loose.

Garver, 28, was arrested for murder in 2013 but was found not competent to stand trial. Garver's real last name is Burke, but he goes by Garver and also has used the alias Deryk Garver, Lakewood Police Lt. Chris Lawler said.

"It's a pretty serious crime, the worst you can imagine -- and he's got mental illness," Lawler said Thursday. "We don't know what he's thinking."

Adams was arrested for domestic assault in 2014 but also found not competent for trial.

Lawler said Adams was caught when he was recognized and police detained him. Detectives are set to interview him.

Adams was located after police said he got on a bus Wednesday night and asked how to get to the airport. Des Moines is just south of Seattle-Tacoma International Airport.

Police are urging anyone who spots Garver to keep away and contact authorities.

"That makes it difficult for people to run when the public is paying attention," Lawler said.

Police are making automated calls to Lakewood and Steilacoom residents near the facility to tell them to keep an eye on the department's Facebook page and local news websites for more information.

The escapes are the latest in a litany of problems at the 800-bed facility, Washington state's largest psychiatrichospital.

The Centers for Medicare and Medicaid Services has threatened to cut millions in federal funds to the facility after inspectors cited safety violations for both staff and patients. The agency recently extended the hospital's deadline for fixing the problems from April 1 to May 3. A federal judge has also said the hospital has failed to provide timely competency services to mentally ill defendants.