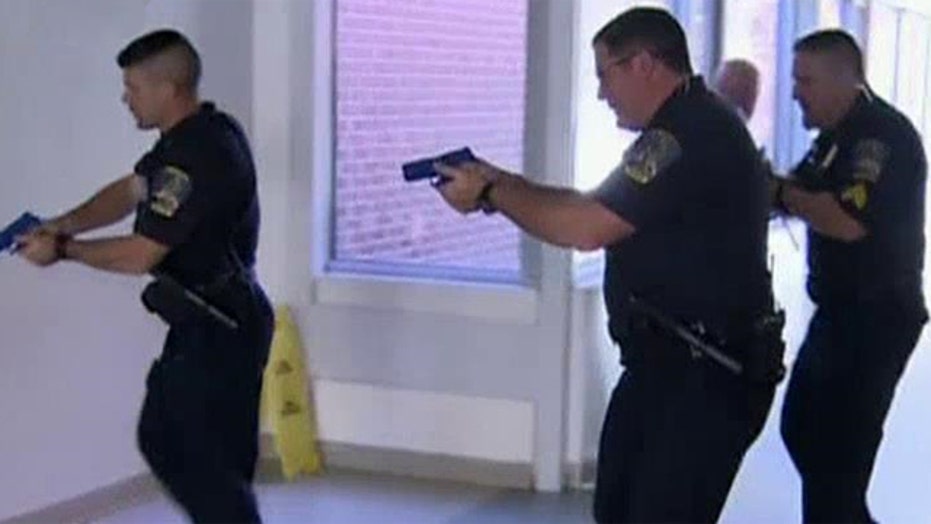 Parents and teachers were not warned, believed drill was real

An unannounced “active shooter drill” at a Florida middle school left teachers and students frightened and confused, and has angered parents who say police and administrators terrified their children.

The Thursday morning drill at Jewett Middle Academy in Winter Haven began when the school principal announced the school was going on lockdown. Winter Haven police officers then burst into classrooms brandishing guns, including an unloaded AR-15 rifle, to check on students huddled in the dark. Teachers were also clueless a drill was taking place.

“All of sudden there was a gun barrel,” 8th-grader Xavier Tate told "Fox & Friends"Sunday, describing what he saw from his classroom. “We didn’t know it was a drill. We thought it was a gunman (coming) right through the door.”

His mother Cherrise Tate told the show it is unbelievable they were calling it a drill.

“When a friend called and told us there was a shooter at the school my husband…raced to get to the school,” she said. “He was so afraid. All he could see was Columbine.”

Seventh-grader Lauren Marionneaux told MyFox Tampa Bay that a lot of people started getting scared because they thought it was a real situation. We actually thought that someone was going to come in there and kill us,” she said, adding that she was so scared she texted her mother, Stacy Ray.

“I’m panicking because I’m thinking that it’s a legitimate shooter coming, that something bad is happening at the school,” said Ray, who said she also got frightened texts from her other children. One of those texts read: “I thought he was going to shoot me.”

The school informed parents of the drill afterward. A spokesman for the Polk County Schools told MyFox Tampa Bay that it’s standard procedure for these types of drills to take place without giving parents, students or teachers advanced warning. In a statement the school district said “we regret any concern that parents and students might have experienced.”

On Friday Bird announced that future lockdown drills will be conducted by uniformed officers without weapons.