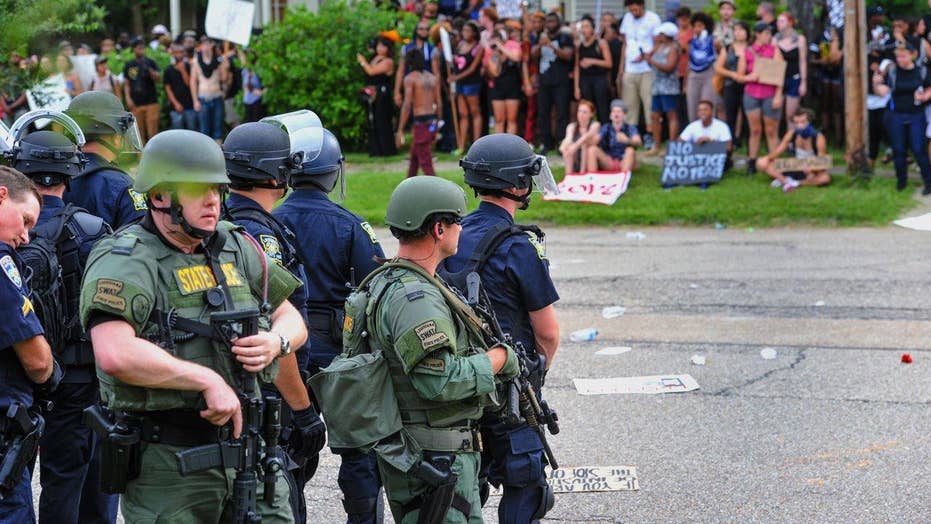 Does the narrative on US police shootings match reality?

Even after a militant anti-cop shooter stopped firing a barrage of shots at Dallas police officers in the streets on Thursday, Police Chief David Brown was forced to confront a virtual war on his force and other officers nationwide, as hate-filled posters took aim at cops online.

Brown said Monday that he was the subject of death threats almost as soon as Micah Johnson’s deadly rampage – which killed five officers and wounded nine others – had ended. The threat against Brown was posted by a private Facebook account to the Dallas police Facebook page, and Brown said he was taking the menacing social media message seriously. Dallas police have so far been unable to identify the source of the threat.

“There is a heightened sense of awareness over threats we’ve seen all around the country,” Brown said at a news conference. “We’re all on edge, we are, and we’re being very careful.”

The concern Brown is facing, even days after Johnson’s assault ended with the killer being blown up by a police robot, is mirrored by other officers and other police departments around the country.

One of the men is accused of posting “All lives can’t matter until black lives matter. Kill all white cops,” The Detroit News reported.

Craig said while his department must consider the free speech rights of Internet posters, direct threats to law enforcement officers won’t be tolerated.

“Social media is new territory, and while it’s been established that hate speech is protected by the First Amendment, we’re talking about people specifically saying on Facebook they want to kill white police officers,” Craig said.

While the rhetoric of protesters marching in anti-cop demonstrations in recent years – including a “What do we want? Dead cops” chant in 2014 – has often been heated, online threats in the days following the Dallas shooting are taking on a new significance.

The co-founder of a black militia whose events the Dallas police shooter had attended wrote after the attack in a since-deleted Facebook post that the killer “shall be celebrated one day,” The Dallas Morning News reported.

The gun club was named after the radical founder of the Black Panther Party and was formed to institute armed patrols of communities in Dallas, The Dallas Morning News reported.

The FBI’s New Orleans Division on Friday also sent out a bulletin to police departments in the Baton Rouge and Shreveport areas warning of multiple groups on social media calling for a “purge.” The FBI memo was obtained by Judicial Watch.

“Baton Rouge purge starts July 9th 12am ends 5am July 10th…Rule 1 must kill every police!!!” one post cited by the FBI said.

Though nothing materialized from the threat, police officials are eyeing the warnings with increasing alarm.