A North Carolina mother faces charges after her 1-year-old son was swept away and drowned in Florence floodwaters last month, police announced Monday.

Dazia Ideah Lee, 20, was charged with involuntary manslaughter and driving on a closed or unopen highway, Union County Sheriff’s Office said in a Facebook post.

Lee and her son, Kaiden Lee-Welch, were in a vehicle heading down North Carolina Highway 218 in New Salem in September when she drove around barricades and encountered floodwaters caused by Hurricane Florence.

The water from a rain-swollen creek pushed her car off the road and left her stuck in a group of trees, authorities said. She managed to get herself and her son, who was strapped in a car seat, out of the vehicle — but then lost her grip on the 1-year-old boy.

“I was holding his hand, trying to hold him, trying to pull him up and it got to the point that I couldn’t hold on anymore, and he let go,” Lee told FOX46 at the time.

Officials found the boy’s body the next day. 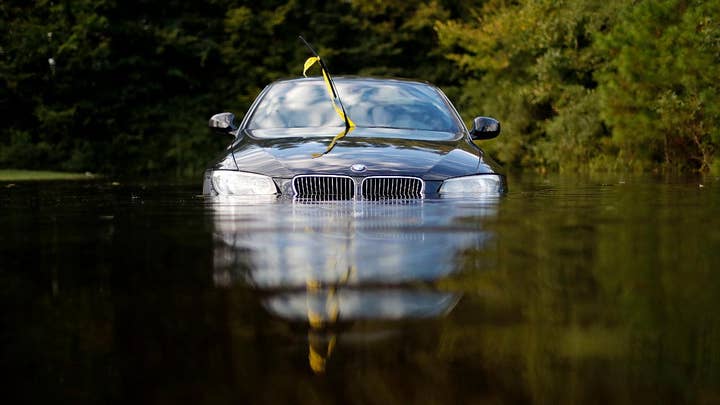 “I want you all to know. My son is 1 year old. He’s the sweetest boy you could ever had,” Lee said in September. “…I did everything I could as a parent to save him and protect him.”

“The tragic death of this child and the circumstances surrounding this case are heartbreaking. We continue to pray for all those suffering as a result of this child’s death. However, after a very thorough investigation and taking all facts into consideration and applying the law, we feel that these charges are appropriate,” Cathey said in a statement.

Lee is scheduled to appear back in court on Nov. 20.