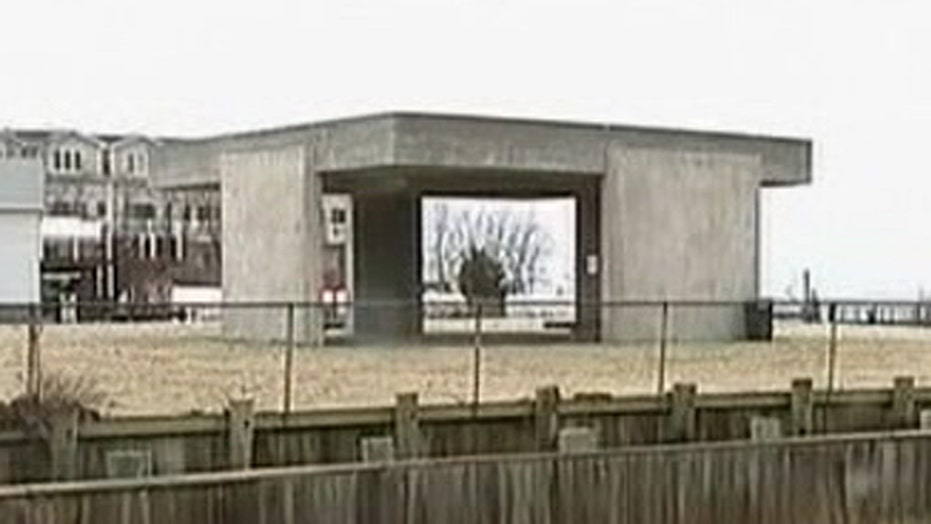 Controversy over monument to honor the victims of Hurricane Sandy

A Superstorm Sandy monument in Highlands, N.J., mockingly dubbed “Shorehenge,” has some residents calling for its removal because is seen by some as an eyesore, out of place on a beach and blocking the view of the distant New York City skyline.

NJ.com reported that the 200-ton monument, which was designed by Tod Williams-Billie Tsien Architects, is 15 feet tall with 2-foot thick concrete slabs and was built for free.

The state Department of Environmental Protection informed the borough in November that that the monument was not permitted under the Coastal Area Facilities Review Act, which oversees development on the state's coastline. Builders reportedly thought they had the permits they needed at the time.

The monument, a gift from the Tilt-Up Concrete Association, a trade group that promotes the tilt-up construction technique, was put up in September and has been questioned by residents for its aesthetics. Its canopy alone weighs nearly 350,000 pounds and its placement above four walls has been called an unprecedented feat of engineering by contractors.

Some nearby residents fail to see the engineering significance.

“It looks like someone had a construction project going, ran out of money and left,” one resident told NJ.com.

A dedication plaque on the structure reads, "In honor of the spirit of our community. Hurricane Sandy, October 29, 2012." Most Highlands businesses and homes were destroyed or damaged by Superstorm Sandy.

NJ.com reported borough attornies sent Tilt Up a letter ordering the group to remove the structure, but Tilt-Up has not responded, the report said.