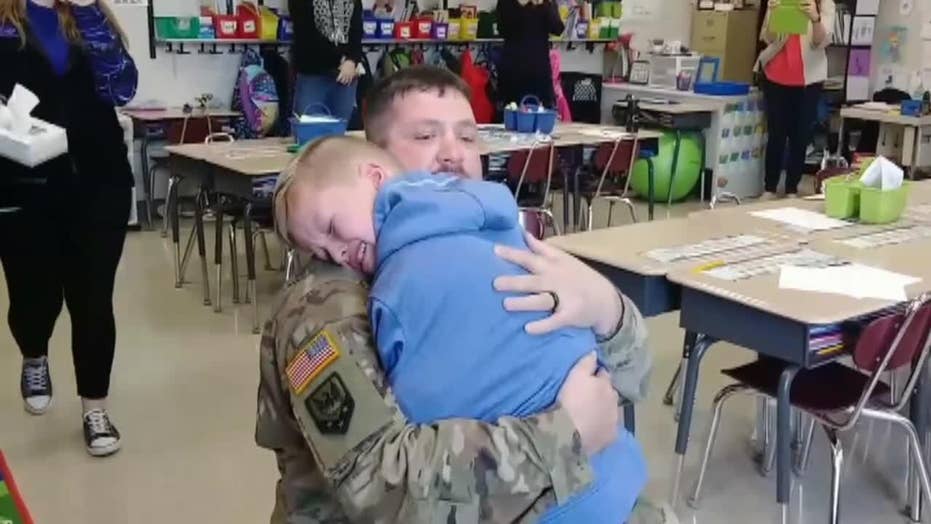 A Missouri soldier returned home early and surprised his son at school who was celebrating his birthday.

A Missouri soldier gave his son a special birthday present when he returned home early and surprised the boy at school this week.

Sgt. David Meyer of St. Charles, Mo., was deployed for about a year before he returned home in time to celebrate his son’s birthday Wednesday, FOX 2 Now reported.

The emotional reunion, captured on film at Orchard Farm Elementary School, showed the young boy running over to his father and giving him a long hug while crying. Meyer tells his son he missed him.

The boy’s classmates then sung “Happy Birthday” to the surprised child as he stood close to his father.