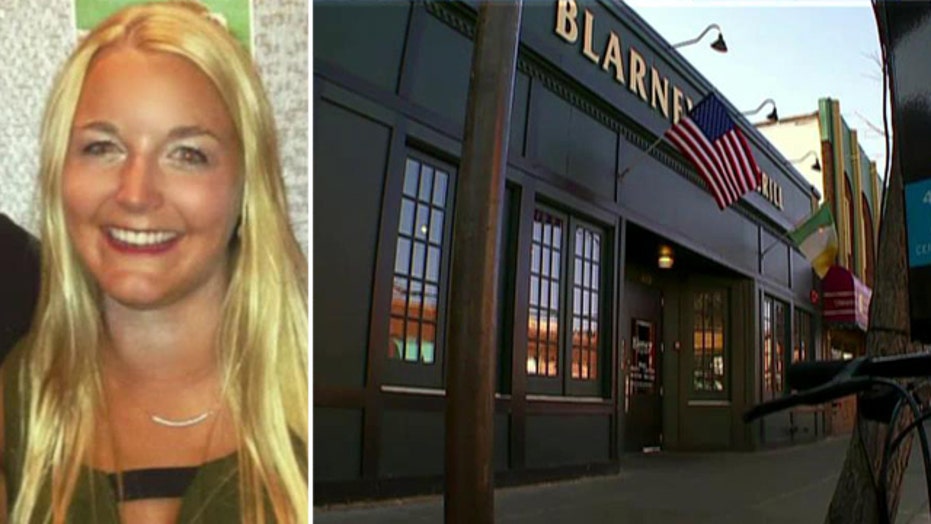 Minneapolis police searching for a missing college student Sunday have reported finding the young woman’s purse near a bar where she was last seen early Friday.

Jennifer Houle, 22, was last seen around 1 a.m. at the Blarney Bar, a popular student hangout near the University of Minnesota Twin Cities campus in Minneapolis.

“Purse belonging to Jen Houle was located Friday/3:00 am,” Minneapolis Police Public Information Officer John Elder said on Twitter late Saturday afternoon. He said the block where the purse was found is about three blocks from the bar.

KSTP-TV reported late Saturday that Houle ran into an ex-boyfriend at the bar.

“That kind of set off some emotions,” Houle’s friend, Brooke Lavan, told the station. The station said Lavan and Houle went to the bar together and ended up getting separated.

“Her purse and phone were found in the middle of the street near her apartment building, which is a few blocks down from Blarney’s,” Lavan said. “So a lot of us think she may have tried to walk home from Blarney’s.”

Police told the station they have interviewed a lot of people who know Houle, including an ex-boyfriend.

Lavan described her friend as “one of the most bubbly people” you’ll meet.

“I can’t even put how amazing she is as a person into words,” Lavan said.

MyFoxTwinCities reported that Houle is a senior at the university and also a member of the Pi Beta Phi Sorority.

“We are actively pursuing leads that we have generated through the investigation,” Minneapolis Police Public Information Officer John Elder told FoxNews.com Saturday. “We are still looking for her. We do not know her whereabouts."

Pi Beta Phi posted a photo of Houle on its Facebook page in the outfit she was wearing when she disappeared.

“We need all the help we can get to find this warm-hearted, beautiful person,” the sorority said. “If you have any information, please contact us or the Minneapolis police.”