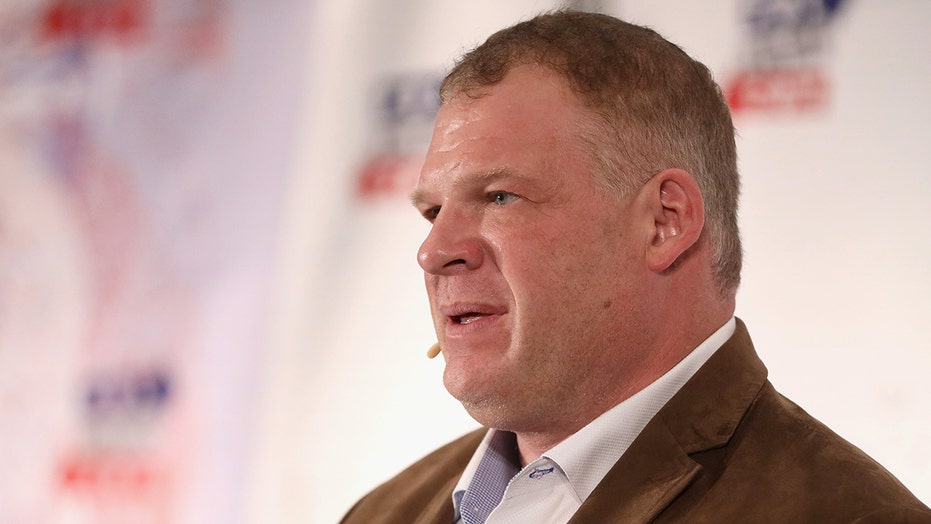 Knox County Mayor Glenn Jacobs busted out the iconic mask and signature move of his WWE character, Kane, during an event this week.

Jacobs, a Republican who was elected as mayor of the Tennessee county in 2018, delivered the opening remarks at the National Association of Sports Commissions Symposium at the Knoxville Convention Center Tuesday, according to the Knoxville News Sentinel.

As Jacobs welcomed the crowd and spoke about Knox County, he was interrupted by a man dressed as an event staffer.

“You know who I am, right?” Jacobs said as the man tried to get him off the stage. “Yeah, I’m mayor, but that’s not all.”

Jacobs donned his Kane mask and proceeded to chokeslam the man through a nearby table.

“So, as I was saying,” Jacobs said to conclude the humorous skit. “Welcome to Knox County. I hope you have a wonderful time, and I expect to see you back here very soon…or else.”

Jacobs made his last appearance in WWE in November 2018, losing a tag team match alongside his storyline brother, The Undertaker, to D-Generation X. In a video published by WWE in April, Jacobs said he would not rule out a return to the squared circle.