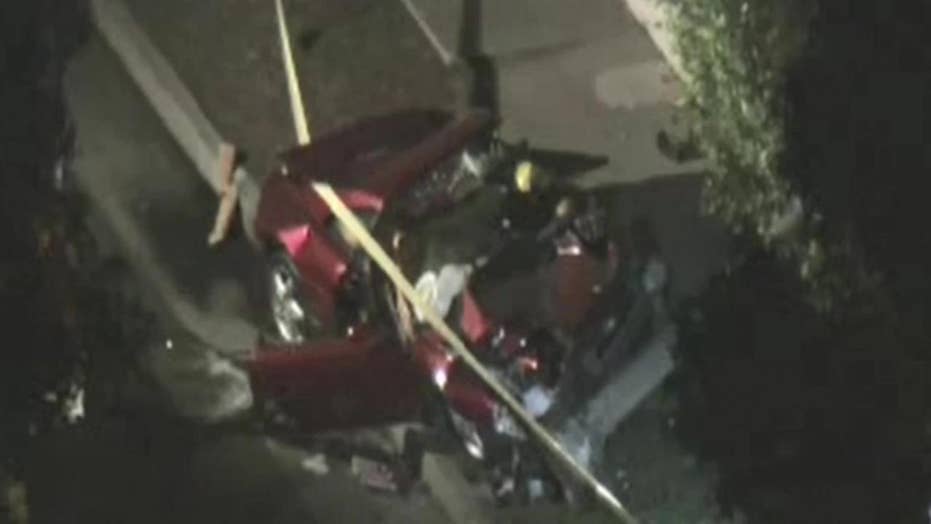 A Ferrari crashed in Los Angeles, rolling over and hitting a tree, killing the driver. Pro golfer Bill Haas and actor Luke Wilson were also involved. Here are the details.

The driver of the Ferrari was killed in the rollover crash. Haas, who was a passenger in the Ferrari, and a 50-year-old woman in a separate vehicle were injured and taken to the hospital with injuries, the Los Angeles Police Department reported.

The woman was hospitalized in serious condition.

The driver of a Ferrari died in the crash. (KTTV)

The Ferrari was heading down North Chautauqua Boulevard in Pacific Palisades around 6:30 p.m. when the driver lost control and crashed the vehicle into a BMW, according to KTLA. The Ferrari subsequently slammed into a tree.

Wilson, who was unharmed, was in a separate vehicle when the crash happened. That vehicle was also “impacted” by the Ferrari, but no one was injured, the LAPD spokesperson said.

Haas' manager Allen Hobbs said the golfer was treated at a hospital and released. Hobbs added the six-time PGA Tour winner is shaken up and has withdrawn from this week's Genesis Open in Los Angeles.

A spokesperson from the LAPD West Traffic Division initially told Fox News that Haas was not injured and was in the same vehicle with Wilson, but an LAPD officer later clarified that Haas was a passenger in the Ferrari.