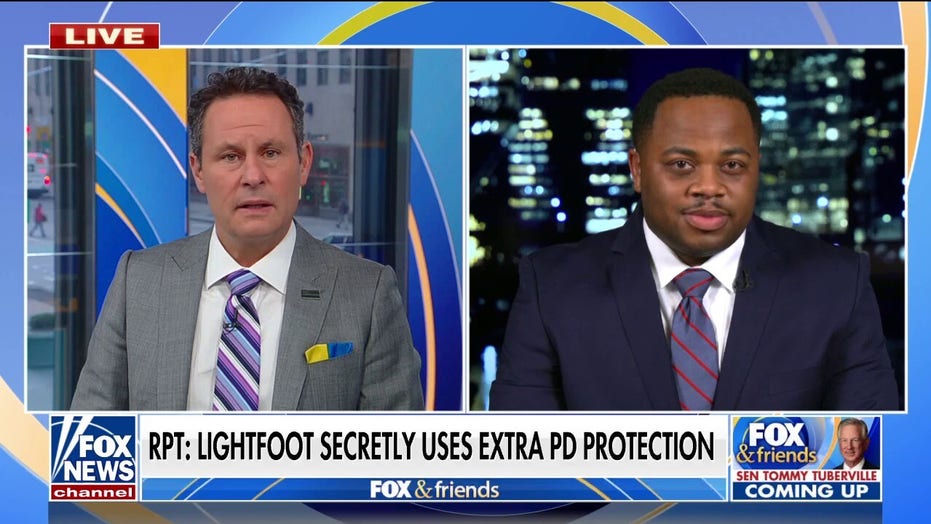 Chicago 911 dispatcher on Mayor Lightfoot reportedly using secret police protection: 'She's not for the police at all'

Keith Thornton joined 'Fox & Friends' to discuss the report amid her push to defund the police as crime runs rampant in Chicago.

Democratic Chicago Mayor Lori Lightfoot said the youths of the city are "unloved" after police revealed more than 50% of carjackings are carried about by juvenile suspects.

"There are too many young people in this room that feel unloved, and we need to change that if we are going to change the trajectory of their lives," Lightfoot said at a town hall with Chicago youths at Harold Washington Library on Saturday.

CHICAGO POLICE UNDER FIRE: 11 OFFICERS SHOT AT OR WOUNDED IN 2022 AS TOP COP WARNS, 'MOST DANGEROUS TIME'

The mayor suggested back in February that the city's carjacking spikes were linked to remote learning sparked by the coronavirus.

"We started seeing this rise in cases in 2020. And I’ll be frank and say in Chicago there was a correlation we believe between remote learning and the rise in carjackings," she said at the time.

Other crimes, such as carjackings, are on the rise. There have been about 433 carjackings in the city this year and 72 vehicular hijacking arrests. There were about 425 carjackings during the same time period in 2021.