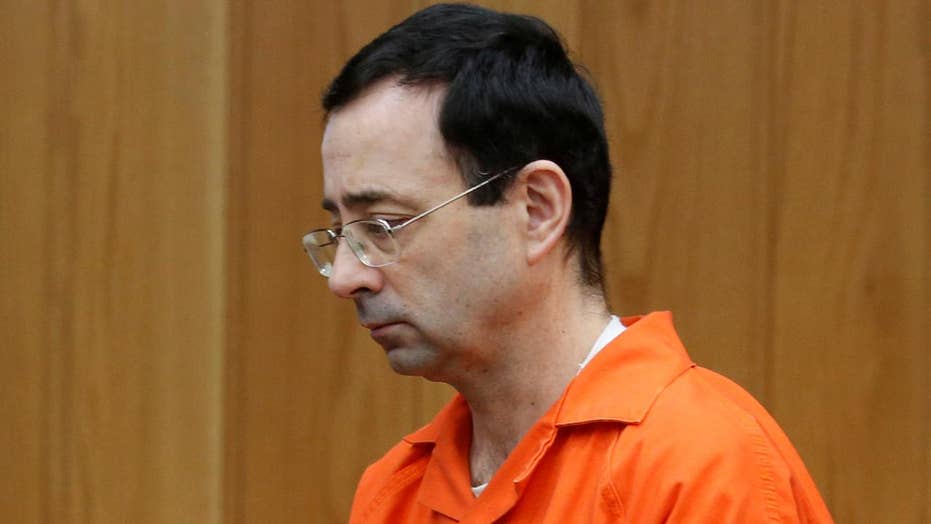 Larry Nassar, the disgraced doctor who was convicted of sexually abusing girls and young women -- including U.S. Olympic gymnasts -- has been transferred to a federal prison in Arizona that houses a notorious kidnapper and a former New York cop-turned-hitman.

The Federal Bureau of Prisons online inmate registry on Saturday showed that 54-year-old Nassar was listed as an inmate at U.S. Penitentiary Tucson -- a high-security prison that houses 1,387 inmates along with a satellite minimum security facility in Pima County that houses 149 inmates, the Arizona Republic reported.

One inmate serving a life sentence there is Brian David Mitchell, the former Utah street preacher who kidnapped 14-year-old Elizabeth Smart and held her captive for nine months, the newspaper reported.

Nassar faces two long prison sentences in Michigan for molestation. But first he must serve 60 years in federal prison his child pornography conviction.

More than 250 women and girls gave statements about the abuse in two Michigan courtrooms in recent weeks.