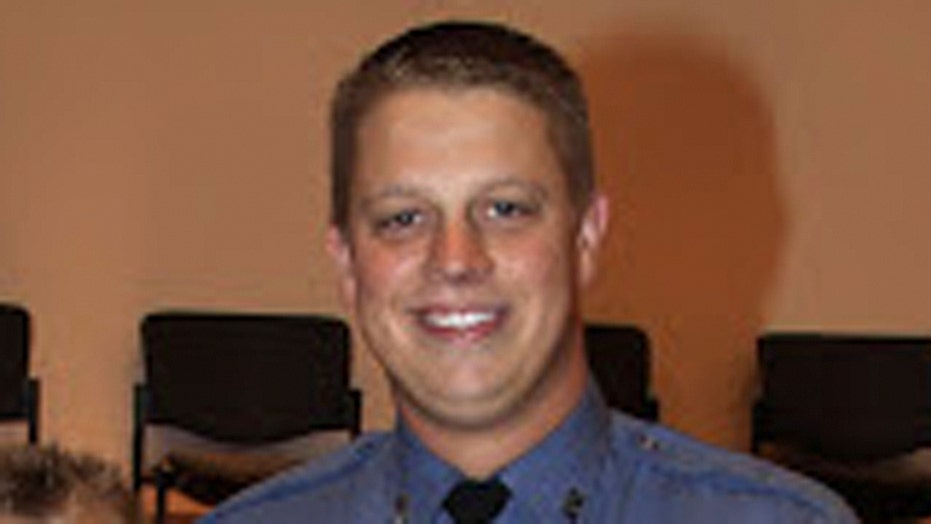 A Kansas City police officer who said he shot and killed a black man who pointed a gun at another officer, was indicted on a manslaughter charge.

Prosecutors accused Eric DeValkenaere, a member of the Kansas City Police Department in Missouri, of recklessly causing the December 2019 death of 26-year-old Cameron Lamb. Lamb was shot while sitting in his pickup truck, backing into his garage.

DeValkenaere said he shot Lamb after he saw him reach into his waistband and point a gun at officer Troy Schwalm, prosecutors said.

Tactical officers entered the garage and identified a gun on the ground beneath Lamb’s hand where the truck finally came to rest, prosecutors said.

But they pointed out that medical records show Lamb was right-handed and he did not have full use of his left hand as a result of an injury sustained in 2015.

They said phone records and a voicemail also showed Lamb was making a call about the time he was shot.

A news release from the office of Jackson County Prosecutor Jean Peters Baker says Schwalm “stated there was no gun in Lamb’s left hand.”

The two officers, who were assigned to the detective unit, responded after Lamb's involvement in a traffic incident, according to reports.

The KCPD said Thursday DeValkenaere has been suspended.

Lamb’s relatives were among several families of black Americans killed in interactions with police to meet privately this week with Trump. They gathered before a Rose Garden signing ceremony for an executive order the president said would encourage better police practices. The issue has received increased scrutiny since the May 25 death of George Floyd in Minneapolis.