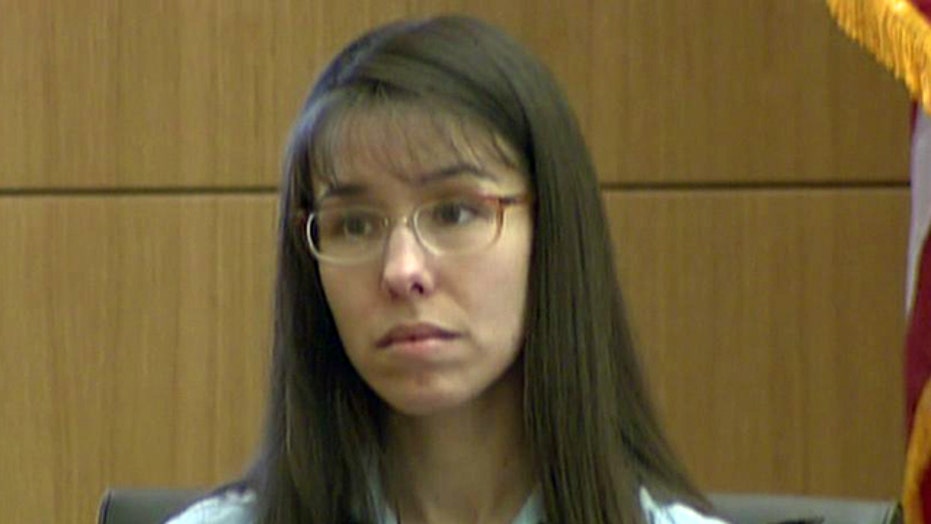 Has Arias done enough to sway the jury?

After so much time on the stand, has Jodi Arias persuaded jurors in her murder trial?

After more than 200 questions last week, it's now apparent that some of the 18 jurors (6 will become alternates) in the Jodi Arias murder trial are not buying her story. And they have submitted more questions, which will be asked after prosecutor Juan Martinez wraps up his latest round of questioning with Arias when the trial resumes Wednesday.

Defense attorney Kirk Nurmi tried repairing the holes in Arias' story after the prosecutor and jurors tore it up. But there is one juror question that lingers: After all the lies you told, why should we believe you now?

Nurmi even called it "the ultimate question" and ended on Thursday by asking Arias one more time: Why should jurors believe you? It was a remarkable moment, as the defendant had one more chance to explain why she should be trusted after all her lies and coverups.

She began by repeating what she has said numerous times in this trial: She didn't want people to find out just how bad of a person Travis Alexander was, so she lied to protect his reputation. But her answer ended with some words that shed light on her defense team's next steps:

"If I'm convicted, that's because of my own bad choices."

Once Arias leaves the stand (nobody can say for sure when that will be, but we're getting close) the defense will call at least two expert witnesses -- psychologists hired by the Arias defense team.

In documents filed with the court, the defense says one of these witnesses "will testify regarding the abusive nature of the relationship between Ms. Arias and Mr. Alexander in an effort to help the jury understand the reasonable person assessment they must make...."

These witnesses must explain why a woman would make such bad choices -- before, on and after June 4, 2008.

Why would she continue sleeping with a pedophile, an abusive sexual deviant? Why would a woman who killed in self-defense attempt to clean up the scene, take the gun and not call 911? And why would this same woman lie over and over again about killing a man, if it were truly in self-defense?

Waiting in the wings is Alyce LaViolette, a domestic abuse expert and experienced expert witness in criminal trials. Her resume lists nearly 30 appearances as an expert witness, dating back to 1984 when she was involved in a first-degree murder case involving "a battered woman who allegedly killed her husband."

LaViolette wrote a book about domestic abuse in 2000. More recently, she gave a speech called, "Why Do People Hurt the Ones They Love?" at a 2011 conference for military families that focused on domestic abuse and post-traumatic stress disorder.

PTSD is expected to be a major explanation for Arias' behavior and LaViolette has plenty of experience talking about it. This will likely be the main factor in explaining Arias' blackout or "fog" on June 4, 2008, as well as explaining her deceptive behavior afterward.

LaViolette could also explain why a battered woman would do things that seem illogical to a healthy person, such as trying to protect her abuser's reputation, as Arias now claims she did.

But will LaViolette be able to convince jurors that Arias is telling the truth about Alexander's abusive behavior? Arias is the only person who has testified to witnessing this side of him. Her numerous past lies make this an uphill battle.

Also prepared to testify as an expert witness will be Richard Samuels, another psychologist hired by the defense. Samuels advertises himself as an expert witness on his website, svpexpertwitness.com. He's written an article titled, "Mind Maze," which may indicate why he's being called as a witness in this particular trial.

Samuels uses a scoring system to determine what someone's mental state may have been during a specific traumatic event. He writes that PTSD "may possibly be caused by the emotional impact of an accident, medical malpractice, sexual assault, or other traumatic event." Another key portion of his article deals with personality disorders that cause "functional impairment or subjective distress."

"Many individuals with personality disorders do not see their characteristics as being problematic," the article reads.

Arias has repeatedly said she was in a fog after shooting Alexander. She said she doesn't remember stabbing him or slitting his throat.

Yet Arias also claimed she doesn't typically have memory problems. This clearly was a concern for some jurors, as they asked her about her seemingly on/off memory. Samuels appears to be the man to deal with those issues.

Given the prosecutor's and jury's questions so far, both of these witnesses could be grilled about how PTSD can block out certain memories like stabbing and slitting Alexander's throat, while allowing the brain to retain such memories as: the gun going off as he allegedly attacked her; dropping the knife on the bathroom floor and screaming; putting a knife in a dishwasher; or throwing the gun into the desert.

The witnesses will also have to explain how Arias could have remained cognizant enough, during such a memory-shattering fog, that she was still able to reason well enough to attempt to clean up the scene and remove the gun. She acknowledges doing both, though she says she doesn't remember either.

Bottom line: These two witnesses have a lot of cleaning up to do after Arias' testimony.

Wednesday is Day 30 of the trial, Arias' 18th day on the witness stand. Arias faces the death penalty if convicted of first-degree murder.