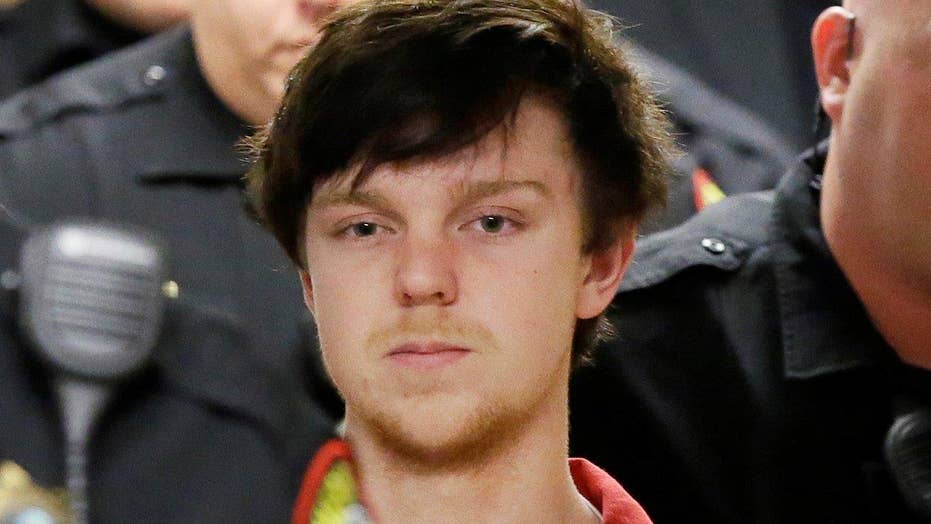 FORT WORTH, Texas – A judge on Friday sent the Texas teenager who used an "affluenza" defense in a fatal drunken-driving wreck to adult court, raising the possibility that he could get jail time for the 2013 crash that killed four people.

Ethan Couch was 16 at the time of the crash. During his juvenile trial, a defense expert invoked the term "affluenza" while arguing that Couch's wealthy parents had coddled him into a sense of irresponsibility.

Friday's ruling means the now 18-year-old Couch could face up to 120 days in jail, then finish his 10-year probation. But if he violates his probation during that time, he could get up to 10 years in prison for each of the four people who were killed.

Among those attending the hearing was Sergio Molina, who was riding in the back of Couch's pickup and left paralyzed. He can only communicate by blinking his eyes.

Molina attended with his mother and brother, Alexander Lemus, who said that what he wanted from the Couches was "that they pay."

The judge ordered that the case be transferred before Couch turns 19 in April. He remains in the county's maximum-security jail and in solitary confinement for 23 hours per day.

"I wish I could say I've seen some sense of remorse. I won't say that," Tarrant County Sheriff Dee Anderson said. "I do believe, from seeing him and talking to him, that it's become more real to him."

Couch's attorney, Scott Brown, did not fight the transfer. Although he has not explained the strategy, the punishment could have been greater if the judge had kept the case in the juvenile system.

Staying in juvenile court could have set off a series of hearings to determine if Couch violated his existing probation, which potentially could have led to 10 years in adult prison when Couch ages out of the juvenile system at 19.

By having the case transferred to the adult system, Couch will not face the possibility of decades in prison unless he violates probation in the future. He may, however, face up to several months in the county jail.

After the hearing, Brown said he would not request any specific terms of probation for Couch.

A hearing to set the probation terms has not yet been scheduled.

Couch and his mother disappeared in December, as prosecutors investigated whether he had violated his probation. They were later found in Mexico and deported.

Couch's blood-alcohol level was three times the legal limit for adult drivers when he rammed a pickup truck into a crowd of people trying to help a stranded motorist on the side of a road near Fort Worth.

The probation sentence handed down by a juvenile court judge outraged prosecutors, who had called for him to serve detention time.

Affluenza is not recognized as a medical diagnosis by the American Psychiatric Association, and its invocation during Couch's trial provoked a backlash from some medical experts and families of the dead.

Authorities believe that Couch and his mother, Tonya Couch, fled to Mexico in early December, after an online video surfaced that appeared to show the younger Couch at a party where alcohol was being served. Drinking alcohol would be a violation of his probation.

Mother and son were apprehended on Dec. 28, in the resort city of Puerto Vallarta. Tonya Couch was quickly deported, and after being returned to Texas, she was released on bond with a GPS monitor. The 48-year-old woman is charged with hindering the apprehension of a felon.

Her son initially fought deportation but later dropped the fight and was returned to Texas in late January.