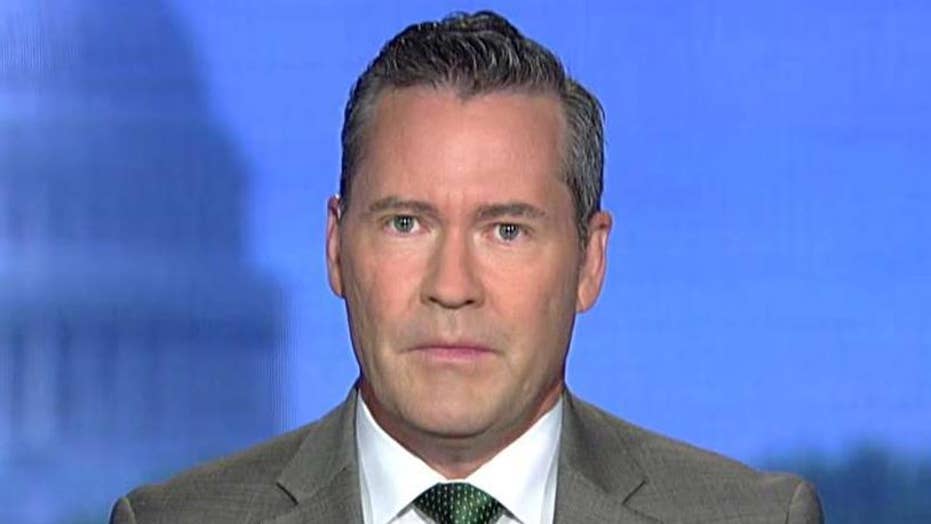 John Walker Lindh, a former Islamist fighter and enemy combatant arrested after the September 11 attacks, is set to be freed from federal prison. Republican Rep. Michael Waltz says Lindh is a traitor who should be in prison for life.

The looming early release of the Islamic militant who became known as the infamous "American Taliban" member is “absolutely outrageous” and he “should be in prison for life,” a House lawmaker and former U.S Army Green Beret said Wednesday.

Rep. Michael Waltz, R-Fla., made the comments on "Fox & Friends" a day before John Walker Lindh is expected to emerge from a federal prison in Indiana. Waltz, who also served as a counterterrorism adviser to Vice President Dick Cheney, says “it’s bad enough that [Lindh] was only given 20 years” after being found guilty of joining and supporting the Taliban.

“He shouldn’t be on parole at all,” Waltz told ‘Fox & Friends’. “He should be in prison for life, he’s a traitor.”

Lindh, who is currently behind bars in Terre Haute, Indiana, is set to be discharged Thursday, several years before he would complete the prescribed 20-year prison sentence. The former Islamist fighter and enemy combatant, named “Detainee 001 in the war on terror,” was arrested in 2001, just months after the Sept. 11 attacks and the start of the war in Afghanistan, along with a group of Taliban fighters who were captured by U.S. forces.

Lindh also has been blamed for playing a role in the death of Johnny “Mike” Spann, a U.S Marine turned CIA paramilitary operative who became the first American to be killed in combat in Afghanistan amid the aftermath of 9/11.

“I recently received a letter from his daughter Allison that was just heartbreaking,” Waltz said Wednesday. “It said: ‘I feel his early release is a slap in the face to my family, every person killed on September 11, the military, the intelligence services and millions of Muslims who don’t embrace extremism’”.

But under a judge’s order, Lindh, when he leaves lockup, will need permission to obtain Internet-connected devices, will not be allowed to talk online in any language but English and will be barred from having a passport, among other restrictions.

“We’re calling on the Federal Bureau of Prisons to explain why he is being released early, and then we are calling on law enforcement authorities to be watching him extremely closely,” Waltz said. “We need to keep a close eye on him.”