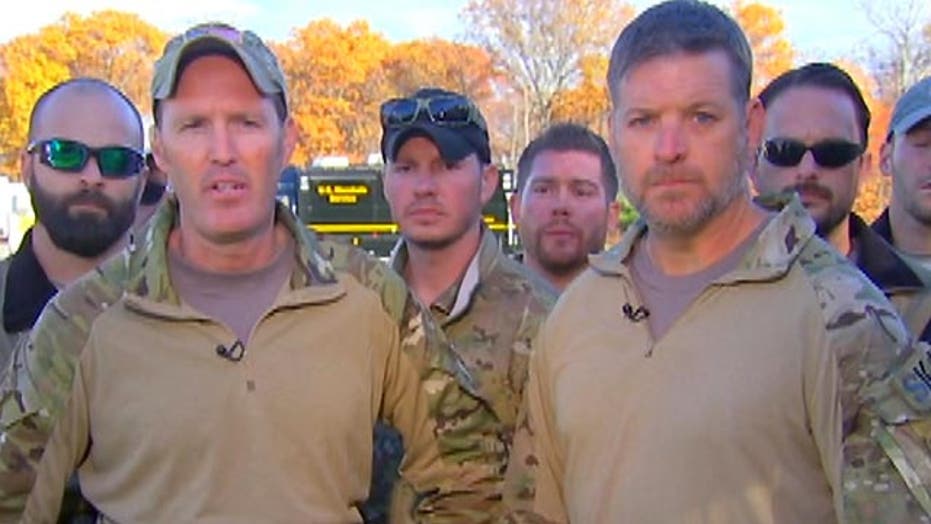 The man who allegedly shot two Pennsylvania state troopers, killing one, before leading authorities on a nearly seven-week manhunt in the wilderness told his parents he was "not a good son" in a letter released Thursday by authorities.

Eric Frein, 31, who was charged with terrorism on Thursday, wrote a letter to his parents in December that was discovered on a thumb drive seized along with more than 100 items at the time of his arrest. In the six-paragraph letter, Frein apologizes and lists several final wishes, including his desire to be buried in a wood casket.

"I am sorry," Frein wrote. "You guys are great parents, I am just not a good son. I squandered so much opportunity and support and rarely tried my best at anything. God knows I do not deserve the things I had, maybe He knew I would be sacrificing all of it in the end, or maybe this is just the final squander. Who knows.

"I love you. Please forgive me of my many faults. And thanks for putting up with me for so long."

Frein, a survivalist marksman, was arrested on Oct. 30 near an abandoned airplane hangar in the Pocono Mountains after 48 days on the run. He characterized the Sept. 12 killing of Cpl. Byron Dickson as an "assassination" and told state police he wanted to "wake people up," according to court papers.

"Our nation is far from what it was and what it should be," Frein's letter begins. "There is so much wrong and on so many levels only passing through the crucible of another revolution can get us back the liberties we once had. I do not pretend to know what that revolution will look like or even if it would be successful."

The two counts of terrorism stem from Frein allegedly shooting the two troopers with purpose of influencing the policy of government and affecting the conduct of government, according to a criminal complaint filed in Pike County, Pa.

CLICK HERE TO READ THE CRIMINAL COMPLAINT AND AFFIDAVIT

Prosecutors are seeking the death penalty against him.

Police said they linked Frein to the troopers' ambush after a man walking his dog discovered his partly submerged SUV three days later in a swamp a few miles from the shooting scene. Inside, investigators found shell casings matching those found at the barracks as well as Frein's driver's license, camouflage face paint, two empty rifle cases and military gear.

Officials declared Frein armed and extremely dangerous and urged residents to be alert and cautious. Using dogs, thermal imaging technology and other tools, law enforcement officials combed miles of forest as they hunted for Frein, whom they called an experienced survivalist at home in the woods.

They pursued countless tips and closed in on an area around Frein's parents' home in Canadensis after he used his cellphone to try contacting them and the signal was traced to a location about 3 miles away. At times police ordered nearby residents to stay inside or prevented them from returning home.

When Frein was arrested, he was placed in the handcuffs of the trooper he's accused of killing. He was driven back to the state police barracks in the trooper's cruiser.

Police refused to tell Frein that his family had hired an attorney for him the night he was captured, his lawyer has said. Veteran criminal defense attorney James Swetz said he was prevented from seeing Frein the night he was arrested.

"I was told, 'He's an adult and has not asked for a lawyer,'" Swetz recounted days ago.