Over 1.5 million ordered to evacuate ahead of Florence

WRIGHTSVILLE BEACH, N.C. – “It’s not a professional move, it’s a desperate move,” said Crystal Cross as she looked at furniture loaded into a rental truck outside her waterfront home here.

“We loaded a U-Haul with a three bedroom house in under 18 hours yesterday,” Cross said. “Nothing was wrapped in bubble wrap. It’s just trying to get it out of harm’s way.”

Cross’ home faces Banks Channel, one of two waterways separating her barrier island community from North Carolina’s mainland. The house has taken on as much as four feet of water in previous storms.

Anxious to protect her property from a potentially catastrophic Hurricane Florence, Cross said she and a neighbor drove up and down the island looking for anyone working with tools.

A foreman at a construction site gave her five pieces of plywood. And a custom home builder agreed to help her install the boards over her windows. 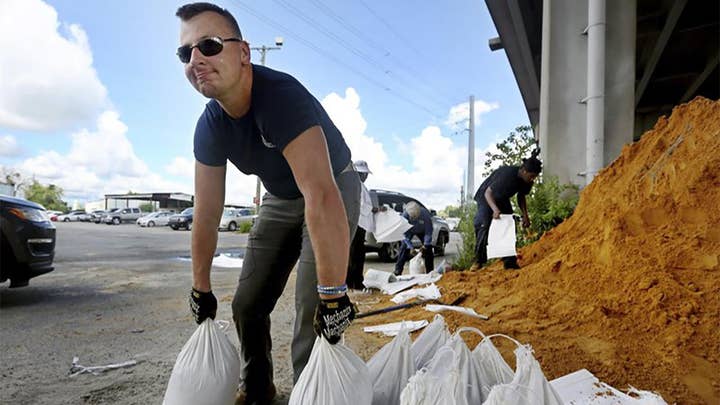 Faced with a mandatory evacuation order, Wrightsville Beach residents have been eager to secure their property and get off the island before weather conditions begin to deteriorate.

In addition to hammering plywood onto windows, Swain and his employees have been helping residents move furniture.

“A lot of people have stuff in their garages that they’ve got to get up multiple floors,” Swain said. “So, we’ve just been helping with whatever we can. It’s not just the windows.”

“We don’t want to make money off of people’s misery,” he said. “I’ve been in this community for 25 years and I don’t want landmarks to get taken off. I don’t want something to happen to this house.”