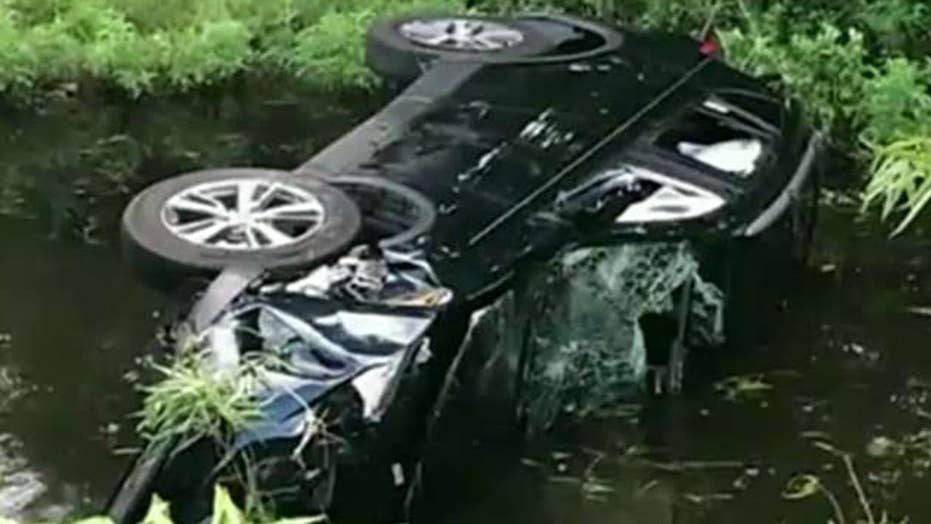 Brother and sister worked together to flip an overturned vehicle to save a couple and their baby.

Two Florida siblings driving along Interstate-75 did not hesitate to jump out of their delivery truck to help a couple and their 11-day-old baby whose car had overturned into a watery ditch after they were sideswiped by another vehicle.

Aaron Allen and his sister, Jolisa Jones, were driving their Ashley Furniture delivery truck – two hours late for work – just north of Tampa when they saw a white Chrysler hit the couple’s Toyota RAV4 nearby.

“The car pretty much just blind-sided them, and I’m pretty sure they were just as scared, and I was shocked,” Allen told FOX 13 News. “The first thing I could do was to spring into action.”

The siblings quickly rushed to the RAV4 and worked together to help flip over the vehicle to get the occupants out.

“I saw that the water was seeping into the car, where it was turned upside down,” Allen recalled. “We tried to break the windows, but that didn’t work.”

He continued: “So the only thing I could think of was to flip the car over… So what happened is after we flipped it over to the side, I took my shirt off and wrapped it around my fist and I used my fist to break the windshield off.”

They were able to pull Thomas and Diana Windsor and their daughter out of the flooded vehicle.

The couple said they were headed home after a doctor’s appointment when the Chrysler smashed into their vehicle.

“I saw the water coming and I didn’t know how deep it was and I started freaking out,” Thomas Windsor recalled.

When Allen and Jones were able to flip over the car and break the windshield, the Windsors handed the siblings their 11-day-old daughter Azara first, before they climbed out.

The siblings will have scars to remember their heroic actions – Allen got 14 stiches in his arm, while Jones suffered injuries to her fingers.

They are being  called heroes – a title Allen seeks to downplay, saying anyone else would also have jumped into action.

Neither of the Windsors nor their daughter was injured but the baby was taken to the hospital as a precaution.

Florida Highway Patrol are looking for the driver of the white Chrysler, who witnesses said fled the scene after the crash.