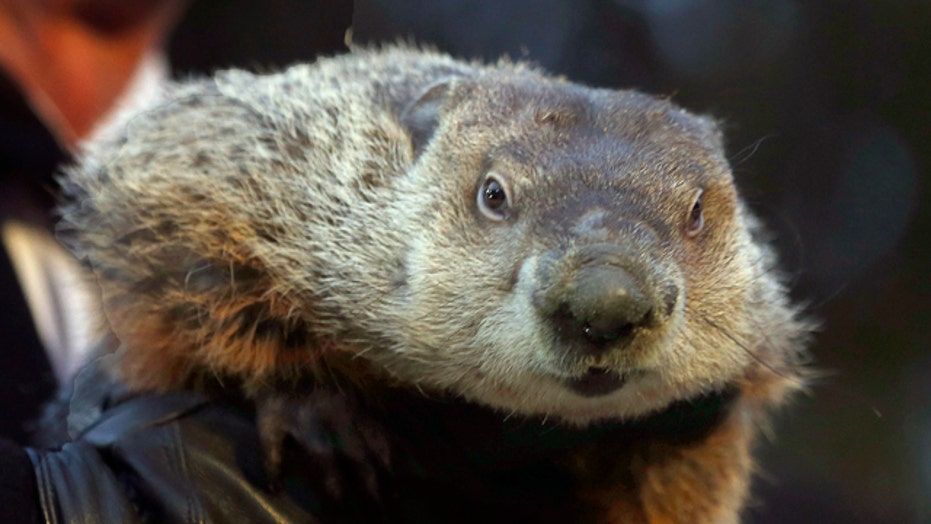 Has Punxsutawney Phil given his last forecast?

A prosecutor in Ohio is reportedly seeking the death penalty for the famous rodent who emerged from his home in Gobbler’s Knob, Pa., on Feb. 2 and did not see his shadow, translating to an “early spring,” according to his handlers. But Michael Gmoser, prosecuting attorney in Butler County, said Thursday that Phil's inaccurate forecast warrants capital punishment, the Pittsburgh Tribune-Review reports.

“Let's face it, Punxsutawney Phil has let us down,” Gmoser said, tongue firmly in cheek, after filing the necessary court documents. “I awoke this morning to a snowstorm, low temperatures and howling wind.”

Spring began Wednesday, but local forecasts in the Pittsburgh area and throughout Pennsylvania show a good chance of snow this weekend and into next week.

“We in Butler County, like everyone in the nation, depend on Phil to give us a breath of spring in time,” Gmoser said. “You know, Phil lives his life behind bars as it is. This is the only penalty available. Maybe it's time for a Phyllis instead.”

But Jeffrey Lundy, vice president of the Punxsutawney Ground Hog Club, said Gmoser will have a fight on his hands if he tries to arrest the famous groundhog.

“He's going to have to go through 15 licensed hunters to get to Phil,” said Lundy, referring to members of the club's inner circle.“We'll find out how good of a prosecutor [Gmoser] is. If he doesn't know how to speak groundhog-ese, he'll never understand a word Phil says.”

Gmoser said a reprieve is possible.

“There may be some mitigating circumstances I may not know about,” he continued. “Phil may not know his rear from a hole in the ground. That might make a difference,” said Gmoser, who decided to file the court papers to break the tension at the end of a hard day in the office.

Lundy added: “There's a lot of things to get serious about. Groundhog Day is not one of them.”

The famous groundhog narrowly escaped death in the 1993 film "Groundhog Day," in which star Bill Murray, sentenced to relive the same day over and over until he became a better person, kidnapped Phil and drove off a cliff into a rock quarry with the terrified critter on his lap. However, the next day, Murray's character, Phil Connors, awoke unscathed - as did Punxsutawney Phil.