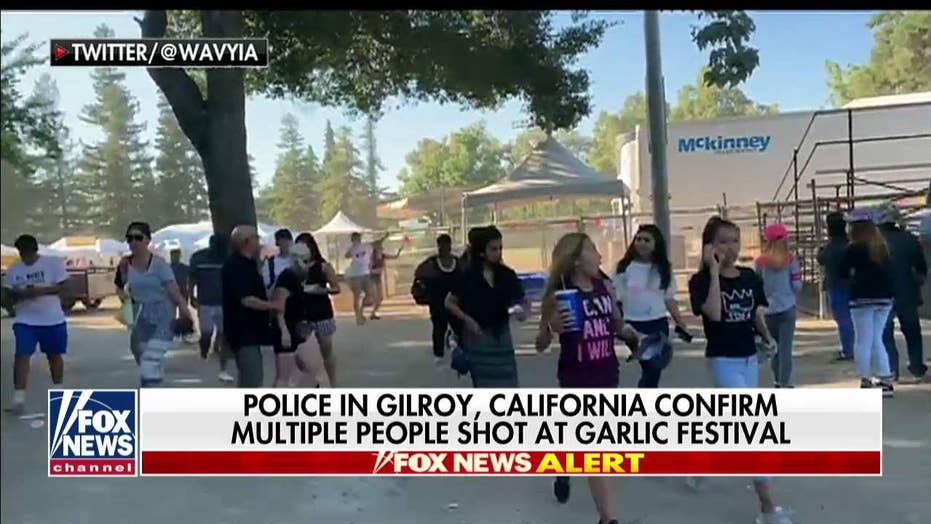 Witnesses to the shooting at the annual festival in Northern California described confusion and panic at the scene.

Gunfire erupted at Northern California’s Gilroy Garlic Festival Sunday, sending the crowd into a panic, with reports of festivalgoers throwing tables and cutting fences to get out of harm’s way.

The San Francisco Field Division of the Bureau of Alcohol, Tobacco, Firearms and Explosives was responding to the scene, officials said. A local council member told Fox News that there were three fatalities and about a dozen injured. Law enforcement did not confirm those numbers.

The scene is still considered active. Police were searching for more than one suspect, The Wall Street Journal reported. 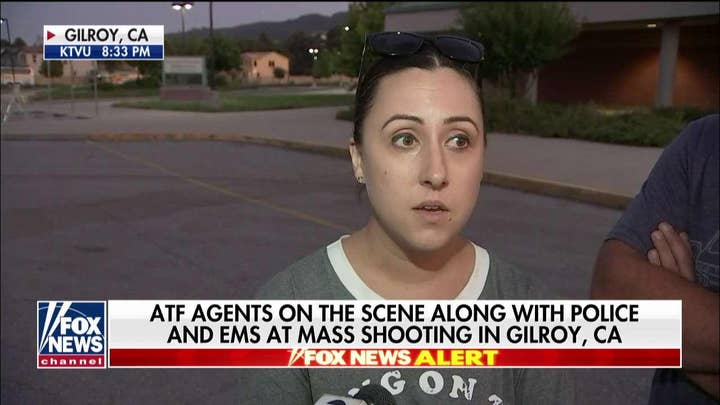 President Trump posted on Twitter-- citing reports-- that a shooter has not been apprehended. Gov. Gavin Newsom called the incident "horrific."

"Tonight, CA stands with the Gilroy community. My office is monitoring the situation closely. Grateful for the law enforcement’s efforts and their continued work as this situation develops," he tweeted.

The San Francisco Chronicle reported "multiple people," but there were few immediate details. The Los Angeles Times reported that the festival draws tens of thousands of people a year. The annual garlic festival, a three-day celebration featuring food, cooking competitions and music that attracts more than 100,000 people.

Personal videos posted to Twitter appeared to show large crowds evacuating the festival. Many witnesses said the shots sounded like fireworks and there was confusion. The first shots were fired near an amphitheater, one witness said.

One witness told KTVU that he heard what he believed was 30 rounds. Some witnesses said the gunman was in army fatigues.

The festival has been a nationally known three-day event drawing thousands of garlic lovers. Sunday was the final day of the festival.

This is a developing story; check back for updates. The Associated Press contributed to this report.