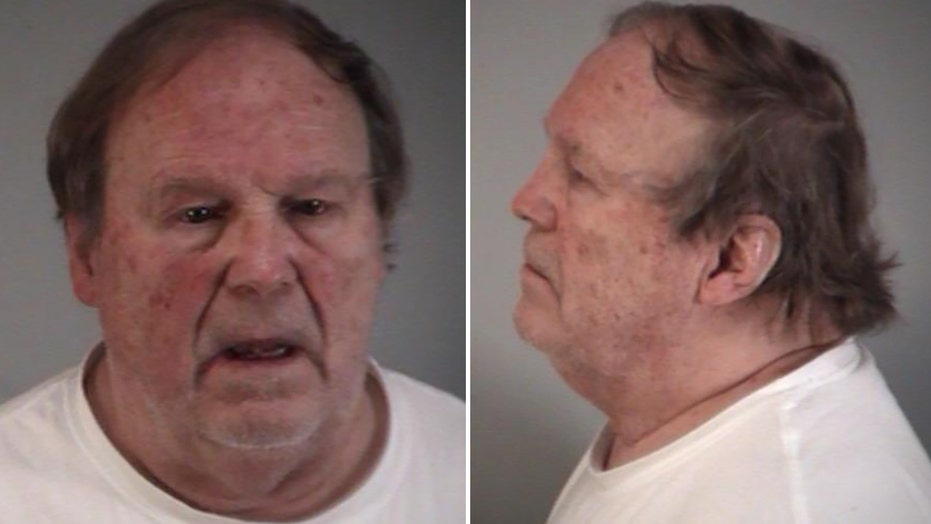 A Florida man infamous for his Sandy Hook conspiracy theories was arrested Monday after being accused of tormenting the families of victims who died in the 2012 elementary school shooting in Connecticut.

Wolfgang Halbig, 73, was accused of spreading the personal information of Leonard Pozner, whose 6-year-old son, Noah, died in the shooting. He was arrested in Sorrento, Fla., and charged with unlawful possession of another person’s identification, according to the Lake County Sheriff's Office.

Pozner reported to sheriff officials that Halbig has been harassing him over the internet since 2018, the Orlando Sentinel reported, citing the affidavit.

Halbig was arrested Monday in Sorrento, Fla., authorities said. He was released on $5,000 bond. (Lake County Sheriff's Office via AP)

Halbig has spent years peddling his theory that the shooting never happened and that the child victims were actors. He recently posted photos of children he claimed were current photos of victims, the Hartford Courant reported.

Halbig was a contributor on Infowars, the radio show of conspiracy theorist Alex Jones, who also claimed the massacre was a hoax and accused family members of being actors. He is also a defendant in a civil suit filed by families against Jones.

Jones has since distanced himself from Halbig, the radio host’s attorney, Norm Pattis, told the Courant.

Jail records show Halbig was released Monday on $5,000 bond. It was unclear whether he had a lawyer. He was scheduled to appear in court on Feb. 24.