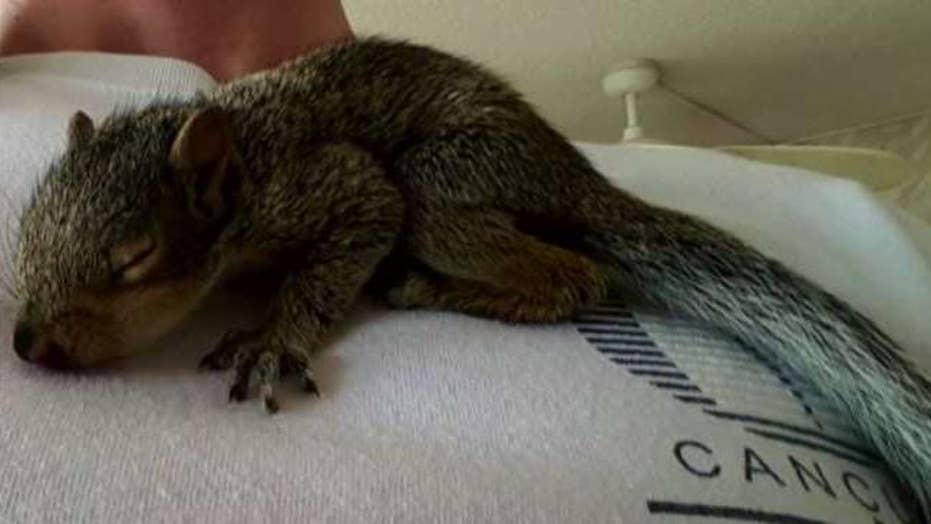 Ryan Boylan claims pet is a support animal for his PTSD.

A Florida man has been served with an eviction notice over his emotional support squirrel.

Ryan Boylan, 40, of Clearwater, says he needs Brutis to deal with anxiety from a long ago car accident but Island Walk Condominiums says the squirrel needs to vacate the premises because she is putting other residents at risk.

"There's absolutely no way I would give her up. I'm not sure how an animal that weighs less than two pounds can harm anybody,” he told WFTS-TV.

Ryan Boylan claims his squirrel Brutis is a support animal for his PTSD.

Boylan told the station he fell in love with Brutis after nursing her back to health after Hurricane Matthew more than a year ago. The squirrel has the run of Boylan’s apartment. One of her perches is the ceiling fan.

The condo board found out about Brutis in April when a dog chased the squirrel up a tree, WFLA-TV reported Friday.

The complaint says Boylan never submitted paperwork claiming Brutis was an emotional support animal until this past summer, according to the station.

Boylan says his doctor gave him a note for the squirrel in July “due to his emotional disability.”

In response to a discrimination complaint from Boylan, the Florida Office of Human Rights sent the condo board a letter saying that emotional support animals were protected under the Fair Housing Act, the station reported.

“It’s just like with any animal, you can have the nicest dog and they could bite somebody, it’s no guarantee,” Sherry Arfa, a former condo board member, told WFLA. “If it was a gerbil or something that your grandkid had hiding under the bed, I’m sure that would be fine. But a squirrel is a wild animal.”

In Florida, a "service animal" is defined as one that is "trained to do work or perform tasks for an individual with a disability, including a physical, sensory, psychiatric, intellectual or other mental disability."

Parts of the law, including bringing service animals to public areas and guaranteeing people with disabilities equal rights limit the defining to "to a dog or miniature horse."