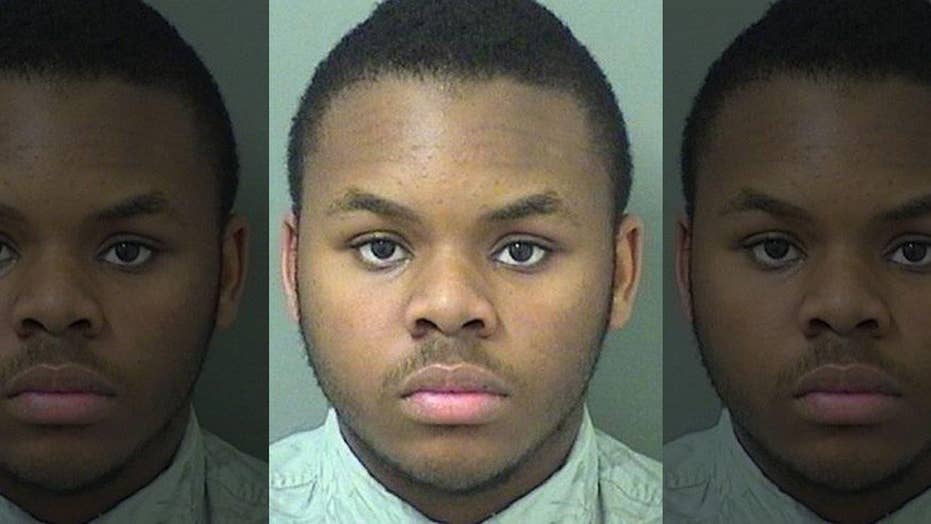 Florida 18-year-old arrested for posing as a holistic doctor

A South Florida teen was arrested Tuesday and charged with practicing medicine without a license after allegedly setting up a fake medical practice and passing himself off as having a Ph.D.

The Palm Beach County Sheriff's Office said Malachi Love-Robinson, 18, was arrested after he allegedly performed an examination on an undercover agent and offered medical advice.

Love-Robinson was released from jail Wednesday on $21,000 bond on charges of practicing medicine without a license, fraud and grand theft.

The Palm Beach Post reported that a cease-and-desist order showed that Love-Robinson had operated a medical office in West Palm Beach since Jan. 26. The teen allegedly named his practice New Birth New Life Holistic and Alternative Medical Center & Urgent Care and claimed to be a doctor of psychology.

The center's website listed Love-Robinson as one of three staff members and included a statement that described him as "a well rounded professional that treats, and cares for patients, using a system of practice that bases treatment of physiological functions and abnormal conditions on natural laws governing the human body."

The paper also reported that Love-Robinson had been investigated at least twice before. In January of last year, he allegedly donned a doctor's coat and roamed the halls of a local hospital. No charges were filed after it was determined that he did not enter patients' rooms or perform medical procedures.

This past October, Love-Robinson was issued a cease-and-desist order after he allegedly operated another fake medical practice in Boynton Beach.

At the time of the initial investigation in January 2015, Love-Robinson's mother told police her son had been diagnosed with an illness and was not taking his medication. The precise illness was redacted from public documents.