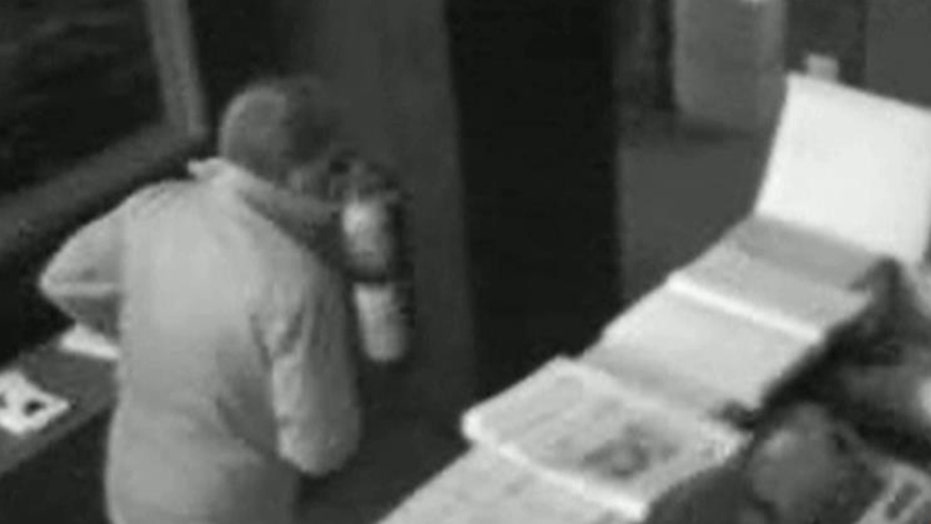 The two men who staged the biggest art heist in history 25 years ago by posing as cops answering a disturbance call and making off with Old World masterpieces worth $500 million have taken their secrets about how they did it to the grave.

Two years ago investigators said they knew who pulled off the 1990 robbery at Boston’s Isabella Steward Gardner Museum without naming the individuals or providing elaboration.

Now the FBI has settled the lingering mystery of why no one was ever charged: The suspects are dead.

He still wasn’t willing to identify the suspects.

On Thursday federal agents probing the notorious heist released surveillance video Thursday that apparently shows a "dry run," with a security guard improperly letting a grainy figure in through the same door the crooks used a day later to pull off the $500-million theft of masterpieces by such luminaries as Manet, Degas and Vermeer.

The low-resolution surveillance video from March 17, 1990, exactly 24 hours before the heist, could provide the biggest clue yet to who was behind the caper that shook the art world. The newly released video shows a car that matches the description of one previously linked to the robbery pulling up at 12:49 a.m. to the museum's rear entrance, where an unidentified man gets out and is allowed in through the door.

The video footage 24 hours before the Gardner heist, shows an automobile pull up next to a rear entrance of the Museum. The car matches the general description of a vehicle that was reported to have been parked outside the Museum moments prior to the theft on March 18, 1990. (FBI)

A day later, at almost the exact same time, two men posing as Boston police officers entered through the same door executed the heist with “Ocean’s 11” precision. The same cameras were trained on the scene the next day when the robbery went down, but the thieves grabbed the film as they made their getaway. The thieves told a security guard they were there to investigate a disturbance, and were allowed to enter, according to the FBI. When the guard let them in, the men subdued him and another security officer, handcuffed them and put them in remote areas of the basement. No weapons were used.

Rick Abath, the security guard who allowed them to enter, recalled his interaction with the robbers in a March interview with NPR.

The painting "Chez Tortoni" by Manet was one of 13 items stolen from Boston's Isabella Stewart Gardner Museum in 1990 in the greatest art heist in American history. Twenty-two years later, the priceless masterpieces -- with an estimated worth of $580 million -- have never been recovered.

"That night two cops rang the doorbell. They had hats, badges, they looked like cops, and I let them in. They said, 'Are you here alone?' And I said, 'I have a partner that's out on a round.' They said, 'Call him down.' And they said, 'Gentlemen this is a robbery.' "

He was handcuffed to an electrical box for seven hours and sang Bob Dylan’s “I Shall Be Released to stay calm.

Stephen Kurkjian, author of "Master Thieves: The Boston Gangsters Who Pulled off the World's Greatest Art Heist," called the video release the most significant development to occur in the case in the past 25 years.

"I think it is remarkable, and raises a whole lot more questions," he told FoxNews.com. "About Richard Abath, [and] why it took so long for this footage to be released."

A source close to the investigation identified the second individual seen in the newly released video as Abath, The Boston Globe reported. Abath has long denied any role in the heist.

The FBI has chased thousands of leads around the world in the investigation into the theft of works worth an estimated $500 million, including Rembrandt's "Storm on the Sea of Galilee." The 13 pieces of art also included paintings by Edouard Manet, Edgar Degas and Johannes Vermeer. The paintings have never been found and nobody has been charged in the robbery.

"Today we are releasing video images from the night before the theft-images which have not previously been seen by the public-with the hope of identifying an unauthorized visitor to the museum,” Carmen Ortiz, a U.S. prosecutor. "With the public's help, we may be able to develop new information that could lead to the recovery of these invaluable works of art."

A $5 million reward has been offered by the museum for information that leads to the recovery of the stolen items in good condition.