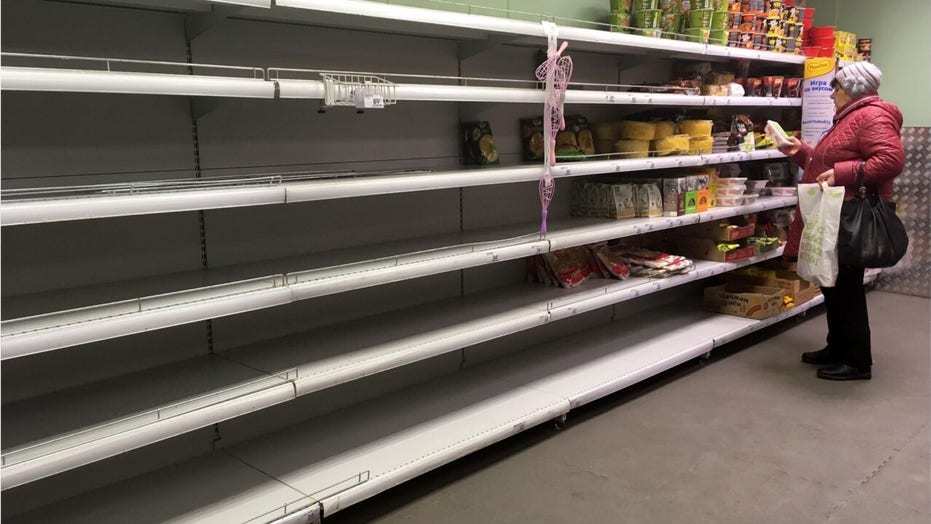 As coronavirus spreads, these major items are disappearing from many store shelves

The advent of the coronavirus has caused people to purchase various items en masse, leading to shortages. These are the items that have become rare in stores.

Americans are struggling with a patchwork of rules that vary dizzyingly from place to place: For now, your life and lockdown in the shadow of the coronavirus pandemic might depend on where you live.

In some places, many ordinary Americans are making public health choices, searching their own conscience and deciding for themselves what risk they’re willing to endure. In others, the government has made at least some of those decisions.

Casinos in some states have shut down, yet others remain open, where hundreds or even thousands of people touch the same slot machines and gambling chips.

Spring breakers are partying by the hundreds on some beaches, while police are sweeping others, ordering people away through loudspeakers.

The federal government on Monday urged Americans not to gather in groups of 10 or more and asked older people to stay home.

As the nation struggles to reconcile itself to a new and spreading peril, hard rules have been left up to the states.

Here is a look by region of the new normal: a hodgepodge lacking uniformity.

Even as some states made stunning announcements -- 7 million people in the San Francisco area were put on a near-total lockdown -- life carried on in others.

Jade Noble looked out from behind her Phoenix bar, Linger Longer Lounge, packed with people. They were mostly young, but she imagined them all going home to older, more vulnerable relatives and neighbors. She watched one person walk up to the water cooler and put the mouth of their bottle right up to the spigot.

“We need less people in here,” she thought this weekend. She considered the guidance from the Centers for Disease Control and Prevention (CDC), begging people to stay away from each other to flatten the curve -- the exponential spread of the virus.

“We need to take ourselves out of that equation,” she decided. So the Linger Longer Lounge closed its doors, despite no mandate from the state or city.

As state after state on Monday announced they’d be shutting movie theaters, bars, restaurants museums and all nonessential business, others were still preparing for a party.

“It’s a very tough decision, people’s lives and livelihoods are at stake,” said Gareth O’Sullivan, who owns a pub called Mac McGee in Decatur, Georgia -- one of the states that has not yet instituted a statewide rule.

Mac McGee has been awaiting word from authorities. In the meantime, tables and barstools have been spread 6 feet apart. Employees are wearing gloves and obsessively sanitizing every surface. But as the death toll ticked up and warnings became more dire, O’Sullivan began to feel like some parts of this were totally out of his control. The crowd is starting to thin, he said, as reality sank in.

If the government doesn’t weigh in soon, he’ll probably close on his own. The stress, he said, is becoming too much to bear.

In Savannah, Georgia, bar owner Jessica Walden said she was trying to just break even with far fewer customers that she’s used to during St. Patrick’s Day celebrations. City officials this year canceled the city’s massive parade but allowed bars and restaurants to remain open.

Walden, who co-owns Bay Street Blues with her mother, said few weekend guests seemed concerned about the pandemic. The bar’s Saturday crowd reached a capacity of 144 patrons several times. They had hand sanitizer posted in two spots on the bar and at the front door, and other than people pumping copious amounts into their palms, the party seemed to go on uninterrupted. Closing down during the most lucrative week of the year would cripple her business, she said, and she’s not that worried.

“I just at this time don’t have any concerns,” she said. “Maybe I’m naive. Everybody keeps saying it’s like the flu.”

She could close her restaurant, potentially putting herself out of business and rendering her 25 employees unemployed. Or she could stay open, risking their health and that of their customers, many of them old friends and regulars, who’d suddenly stopped shaking hands on their way in and started instead making nervous jokes about preferring tables in the virus-free section.

“It’s been lurking in the room, weighing heavily on us: what is the right answer, what is the right thing to do?” she said. Then Michigan announced Monday afternoon that all bars and restaurants must close to dine-in customers: “I’m relieved that the decision was made for us,” Dykstra said.

Mayor Bill de Blasio said New York City residents should be prepared for the possibility of a “shelter-in-place” order within days, though the state’s governor immediately knocked that down, saying people weren’t about to be confined to their homes.

State officials on Tuesday scrambled to bring more hospital beds online as the number of confirmed cases of COVID-19 in the state rose above 1,300. And a mass transit agency serving millions of passengers in New York and Connecticut said it was facing financial “calamity.”

De Blasio stressed that no decision had been made yet, but that he wants city and state officials to make one within 48 hours, given the fast spread of the coronavirus.

“New Yorkers should be prepared right now for the possibility of a shelter-in-place order,” de Blasio said at a news briefing.

“We have never been here before,” he said. “I have never heard of anything like this in the history of New York City.”

New York Gov. Andrew Cuomo threw cold water on the idea two hours later. The Democrat said the city didn’t have the power to make such a declaration and any such order -- if it didn’t cover the entire region -- would prompt people to flee.

“There’s not going to be any ‘you must stay in your house,’ because, again, that will just cause people to go somewhere else, and that will be counterproductive,” Cuomo said.

Such an order would represent a dramatic escalation of restrictions on the city of more than 8 million.

Cuomo said Tuesday that demand for hospital beds could outstrip current capacity by tens of thousands as the coronavirus outbreak reaches an expected peak in New York in 45 days.

Cuomo revealed the projections as confirmed cases of the COVID-19 virus statewide shot up to more than 1,300. There were 264 hospitalizations and 12 deaths.

Officials are also scrambling to increase the number of hospital beds in New York. Right now it has 53,000 beds, of which 3,000 are in intensive care units. Based on the current rate of spread, the state needs 18,600 to 37,200 intensive care beds, Cuomo said.

“The numbers are daunting,” he added.

The shutdown of businesses throughout the state already has caused an employment crisis.

State labor officials said they received 21,000 calls about unemployment benefits by noon Tuesday, compared to 2,000 calls the previous Tuesday. Visits to the agency’s website soared more than 160 percent. Some people complained on social media that they had trouble applying online.

Officials said staffing and hours are being expanded and applicants instructed to file claims on only certain days based on the first letter of their last name to make the filing more efficient.