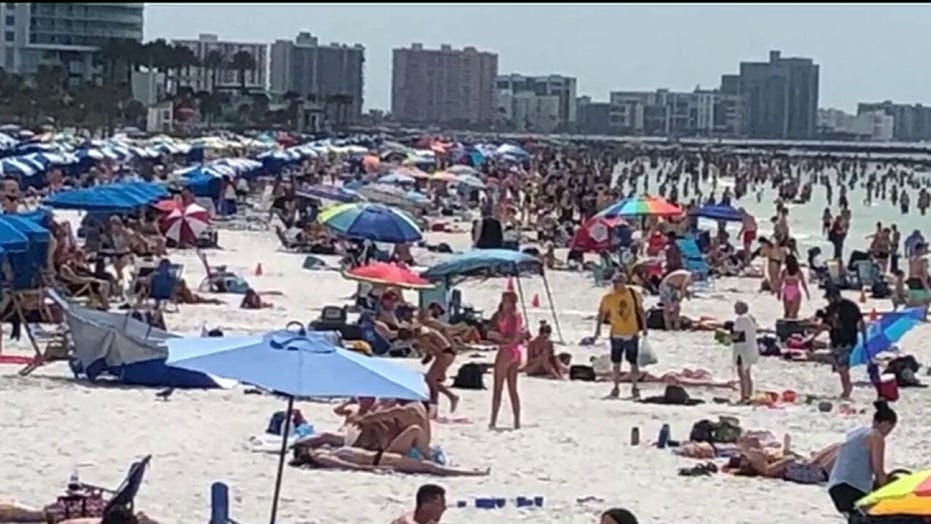 Massive crowds are seen at Clearwater Beach in Florida, which remains open during the coronavirus pandemic.

As officials are encouraging social distancing to combat the spread of coronavirus, some aren't stopping themselves from soaking up the sunshine on beaches in Florida.

President Trump announced on Monday a set of guidelines that he said Americans should follow to prevent the further spread of COVID-19, including that large swaths of the population isolate themselves and everyone avoid social gatherings or groups of more than 10 people.

But on Clearwater Beach in Florida, Monday just appeared to be another day in the Spring Break calendar.

Reporter Sarah Hollenbeck from WFTS-TV shared photos of many college-aged beachgoers scattered across the sand, sitting close to each other.

“BUSY BEACH! This is what @MyClearwater Beach looks like right now as spring break crowds flock to the sand,” Hollenbeck tweeted.

Amid coronavirus concerns, Florida Gov. Ron DeSantis has left it to local communities to decide if they would restrict access to beaches.

In Clearwater, Hollenbeck said that city leaders will vote Thursday on a measure that would restrict or ban beach access as long as the coronavirus crisis wears on.

Busy conditions were also reported over the weekend at Treasure Island in Florida after sporting events and other activities were canceled due to the COVID-19 outbreak.

"There are people everywhere," concession attendant Holly Leonard told FOX13 on Saturday in Treasure Island, Fla. "The parking lot has been full since 9:30 this morning so it doesn't seem like people are doing too much to avoid being out in public."

Crowded beaches over the weekend in Treasure Island, Florida after many events were cancelled due to the coronavirus outbreak. (FOX13)

While the Spring Breakers are filling up beaches on Florida's Gulf Coast, the situation is different in South Florida.

The mayors of Fort Lauderdale and Miami Beach announced earlier this week that they will be enforcing beach closures due to the spread of coronavirus.

At a news conference on Sunday, Miami Beach Mayor Dan Gelber said that Miami Beach will be closing its beach from Fifth to 15th streets, and  Lummus Park will also be closed as of Monday.

“We can’t become a Petri dish for a very dangerous virus,” he said.

In addition to beach closures, Miami Beach is also shutting down parking garages and surface lots, except for residents and access cardholders, according to WSVN. 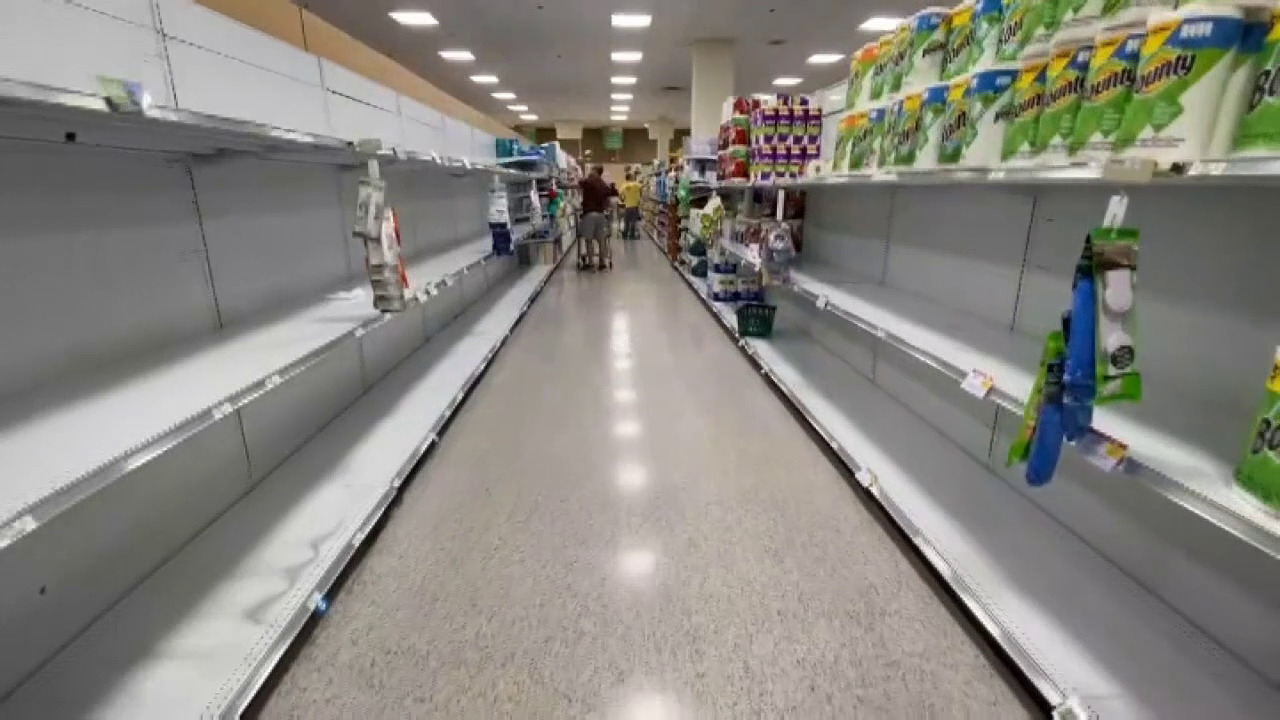 South Florida supermarkets are slammed with residents stocking up on staples in case they have to stay home during the coronavirus pandemic.

"The reason we did this was to send a message out: spring break is over,” Gelber told reporters.

But with schools closed, events canceled, and sporting events also held up due to the outbreak, some beachgoers did say they were hopeful the outbreak stabilized soon

"I hope this is over and done with as soon as possible because everyone is just panicky and in panic mode and it's just kinda crazy," beachgoer Erica Pougnet told FOX13.