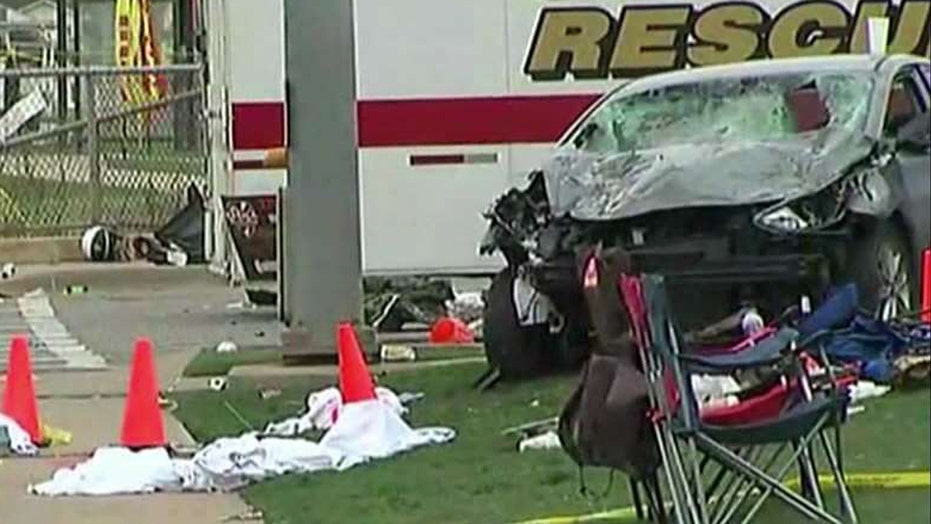 TULSA, Okla. – The woman accused of driving her car into spectators at Oklahoma State University's homecoming parade and killing four people sped up as she approached the parade route, according to a federal report released Thursday.

The National Transportation Safety Board reported that co-workers who saw 26-year-old Adacia Chambers before the crash said she seemed distracted. The agency said her "emotional distress" was the probable cause of the crash that also injured dozens of people on Oct. 24, 2015.

The report said Chambers' car accelerated from 54 mph to 59 mph in the five seconds before she struck a police motorcycle blocking the roadway along the parade route. The NTSB reports that she applied the brakes after hitting the motorcycle, though the report doesn't say how fast she was driving when she hit the crowd. The speed limit in the area was 35 mph, according to the report.

Chambers has pleaded not guilty to four counts of second-degree murder. Prosecutors allege she intentionally drove her car around a barricade and into spectators at the parade in Stillwater.

Coleman has said his client is mentally ill and that when he told Chambers about the deaths after the crash, "her face was blank" and that he was not sure Chambers was aware that she was in jail.

Chambers' father, Floyd Chambers, has previously said his daughter received inpatient mental health treatment several years ago but that nothing seemed amiss before the crash. He noted that his daughter had recently called and said she wanted to move back home.

The NTSB said in its eight-page report that the agency doesn't assign fault or blame for an accident, and that by regulation its investigations are "fact-finding proceedings with no formal issues and no adverse parties."