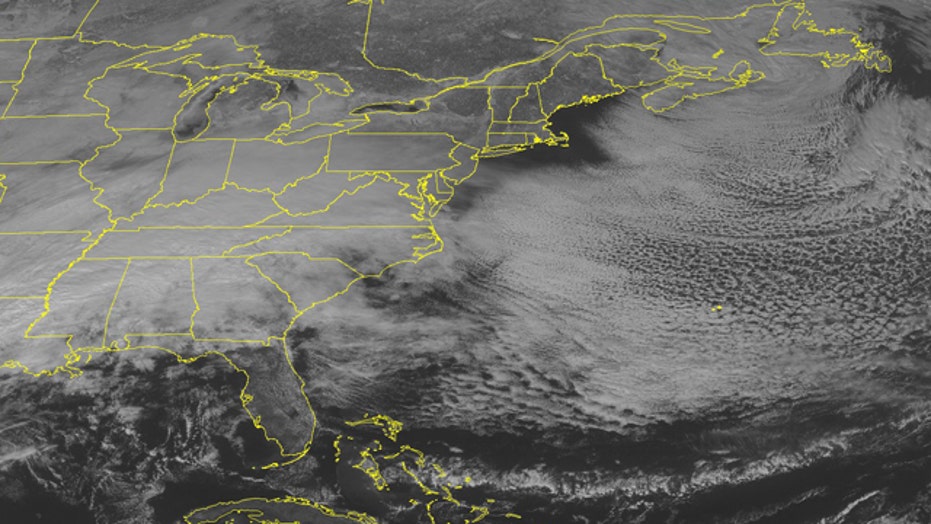 South and Northeast US bracing for freezing temps, snow

Janice Dean on what to expect

Freezing cold temperatures hit most of the U.S. Monday as New England began digging out of its fourth winter storm in a month, while the mid-Atlantic region and parts of the south were hit with their own blast of snow and ice.

The latest storm has been blamed for two deaths. Boston Mayor Martin J. Walsh said Monday the storm has left one person dead, apparently due to a heart attack while shoveling snow.

The body of an elderly man, who may have frozen to death, was found on the Coney Island boardwalk in Brooklyn, NYPD sources told the New York Post.

Snow swirled sideways in Kentucky and the typically bustling state capital of Frankfort came to frozen halt Monday. Kentucky Gov. Steve Beshear urged people to stay home if possible. The state was expecting anywhere from anywhere from 6 to 15 inches of snow by Monday evening.

Forecasters say a snowstorm could bring 6 to 9 inches to parts of Arkansas, Missouri and Tennessee. Freezing rain was forecast for northern Mississippi and 2 to 4 inches of snow and sleet is possible in north Georgia.

Officials also made certain roads were prepared this year after Southern cities — most notably Atlanta — were caught off guard a year ago when a winter storm stranded thousands of people on interstates overnight. Raleigh suffered a similar fate last year.

Still, some weren't quite ready for the winter blast.

RL Doss said he had already used his 1987 GMC Suburban — which can haul up to three-quarters of a ton with ropes and chains — to rescue several people and their cars on the hills surrounding Frankfort. Cars were fishtailing and sliding off the slick roads.

Road crews struggled to make progress as the dry, powdery snow quickly piled up thanks to the frigid temperatures over the weekend that kept the ground and roads cold. Arkansas, where temperatures plummeted from the 70s on Saturday to highs in the 30s a day later, had nearly 30,000 people without power at the peak of the storm.

Roads were slushy and traffic was moving slowly in Tennessee. Justyn Jackson, a meteorologist with the National Weather Service in Nashville, said the last bad winter storm in the city was 2010 when up to 4 inches of snow fell.

A storm also threatened to hit Atlanta, where just over a year ago an ice storm trapped commuters for hours on the region's freeways. The Atlanta metro area is expected to see cold rain throughout the day, which could turn into icy spots for Tuesday’s morning commute after temperatures dip below freezing overnight, MyFoxAtlanta.com reports.

Some residents in Alabama face threats for ice, snow and freezing temperatures, Monday. Thursday will be the coldest day with lows between 8 and 12 degrees, MyfoxAl.com reports.

Gov. Pat McCrory says he hopes North Carolina government is "over-prepared and underwhelmed." It's been almost a year since a winter storm dumped as much as 22 inches of snow in the North Carolina mountains and pelted the eastern part of the state with ice. In Raleigh, much like Atlanta, many abandoned their cars alongside the road or in parking lots — if they could navigate.

West Virginia getting hit hard by the snowstorm when a train carrying crude oil derailed about 30 miles Charleston. At least one tanker went into the Kanawha River and nearby house caught fire. It wasn't clear if the winter storm had anything to do with the crash.

Matthew Belk of the National Weather Service told the Associated Press that the storm may turn north after heading out to sea and drop a fresh round of snow on the Northeast on Tuesday, though it's unclear how much.

The Arctic cold front already had frozen the upper Midwest, with temperatures in Michigan plunging to minus-27 in the Upper Peninsula.

Freezing temperatures forced the cancellation of hundreds of flights nationwide, with more than 1,700 flights canceled as of Monday afternoon, according to the flight tracking website FlightAware.com.

A number of flights were diverted from Dulles International airport in Northern Virginia on Sunday night after a water pipe in the tower burst, triggering an alarm and evacuation.

But Chris Paolino, a spokesman for the airport, said the Federal Aviation Administration flight tower returned to full capacity around 6:30 a.m. Monday.

The National Weather Service said a low temperature of 3 degrees was recorded at 7:35 a.m. at Philadelphia International Airport. That's just under the record for the date of 2 degrees set way back in 1888.

Bone-chilling temperatures also prompted the closure of public schools in Pittsburgh and all parish and regional Catholic elementary schools in Philadelphia.

Out west in Denver, another 1-3 inches of snow are expected Monday in the Metro area after a heavy snowstorm caused multiple accidents Sunday, Fox 31 Denver reports.

Parts of Texas are also expected to become icy after Monday rainfall, according to KDFW. And Kentucky is bracing for 8 to 14 inches of snow, the Lexington Herald-Leader reports.

Some areas of New England reported nearly 2 feet of snow from Sunday's storm including Acushnet, Massachusetts, with 22 inches, and Salisbury with 20.5 inches. Boston recorded 13 inches of new snow. At the easternmost tip of Maine, Lubechad had 2 feet. A partial roof collapse at an eight-building apartment complex in Portsmouth, New Hampshire, left 500 to 700 people looking for warmth.

High temperatures were expected to be in the teens Monday in New England, but a northwest wind would make it feel much colder. Forecasters called for residents to limit their exposure to the elements and warned that frostbite could strike in less than 10 minutes. The high winds were also expected to reduce visibility, create snowdrifts and hinder cleanup efforts.