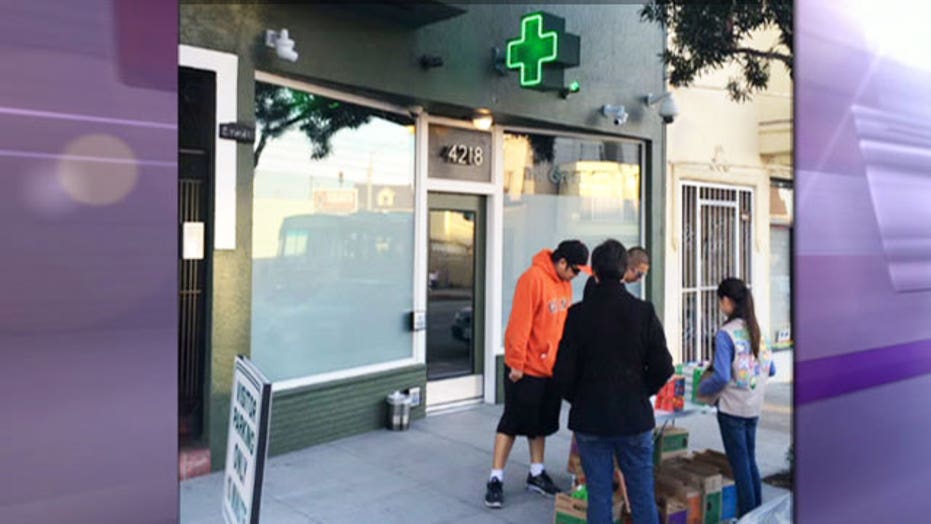 Was move a good idea?

The Girl Scouts of Colorado's decision to prohibit their members from selling the organization's classic cookies outside marijuana stores is generating mixed reaction on social media.

The organization issued a statement on its Facebook page Friday to dispel rumors of Girl Scouts setting up shop outside retail pot shops, effectively prohibiting members from selling at dispensaries in the state, where recreational marijuana is now legal.

"Girl Scouts of Colorado doesn’t allow girls to sell cookies outside of any adult-oriented business, whether that is a bar, strip club, casino, liquor store or marijuana dispensary. We recognize these are legitimate businesses, but we don’t feel they are an appropriate place for girls to be selling cookies in Colorado," the organization said.

Rachelle Trujillo, chief marketing officer for the Girl Scouts of Colorado, told The Huffington Post that the council for years has barred its members from selling cookies outside so-called adult-oriented businesses.

"There's a place for everything, and just like a liquor store or a gun show, a marijuana dispensary isn't a place for young girls to be selling cookies," Trujillo told the publication. "There are plenty of other options for customers of adult businesses to purchase cookies at other locations."

Some commenters on the council's Facebook page accused the group of hypocrisy for allowing sales outside of retail stores that sell alcohol and tobacco products.

"Grocery stores sell cigarettes and beer. Is it ok for them to sell the cookies outside of grocery stores?," read one response.

"While I do not agree with Colorado legalization of marijuana, I feel that this is a huge missed opportunity to increase our sales," read another.

Other commenters applauded the organization's decision.

"If you want your kid sitting in front of a liquor store to sell something, do it on your own time with your own name, but please don't make decisions for my child and drag the name of [Girl Scouts] down," one parent wrote on the Facebook page.

The feelings of Girl Scouts officials on the matter seem to vary state to state, but the organization is not surprised there are copycats after the story of 13-year-old San Francisco Girl Scout Danielle Lei went viral on social media and various news outlets.

Lei set up a cookie table last week outside The Green Cross, a licensed marijuana dispensary in that city's Mission district, and sold dozens of cookie boxes.

In Phoenix, 8-year-old Lexi Menees has sold cookies in front of marijuana facilities for two years but is just now getting attention for it.

Susan de Queljoe, a spokeswoman for the Girl Scouts-Arizona Cactus-Pine Council, said selling in front of marijuana dispensaries isn't something the organization would encourage, but that it's up to the parents.

"The girls' safety is our primary concern. So we give guidelines out to all the parents and hope that they will follow them," de Queljoe said.