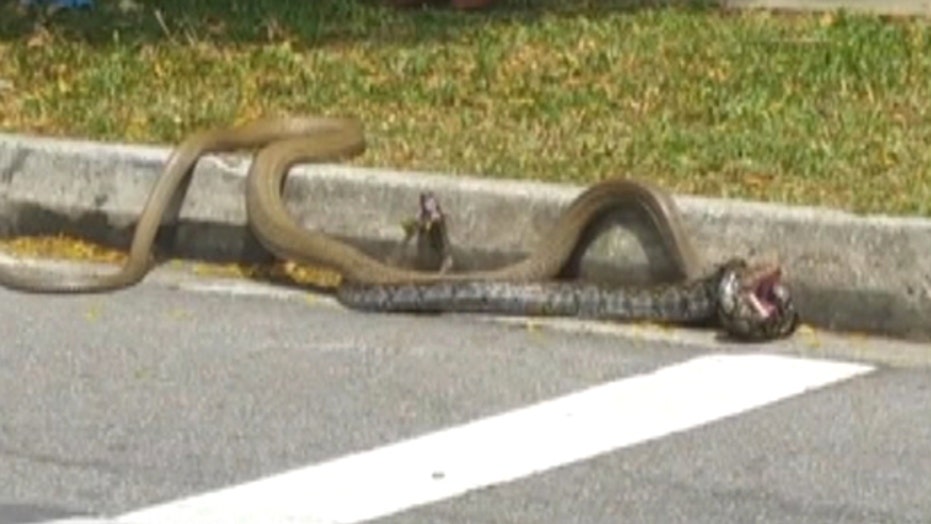 A potentially dangerous cobra is now roaming the streets of north-central Florida and the worker who was supposed to prevent it from escaping is in trouble.

Ian Nesmith, 28, was charged with a misdemeanor for letting the tan and yellow monocled cobra escape from its enclosure in a home in Ocala.

According to court papers filed earlier in April, Nesmith was hit with a Florida Fish and Wildlife Conservation Commission code violation after the snake disappeared from the home last month. After Nesmith opened the cover of the cage, the snake jumped at him and then slid away, police said.

The cobra hasn’t been seen since.

The cobra, which is native to South Asia and Southeast Asia, has one of the fastest acting snake venoms in the world, according to Reptiles magazine. Its venom can kill within the hour.

The owner of the snake was licensed to handle venemous reptiles. Nesmith was shadowing the owner with the hopes of eventually obtaining the license himself. But wildlife officials said he shouldn’t have been left alone in the room with the animal.