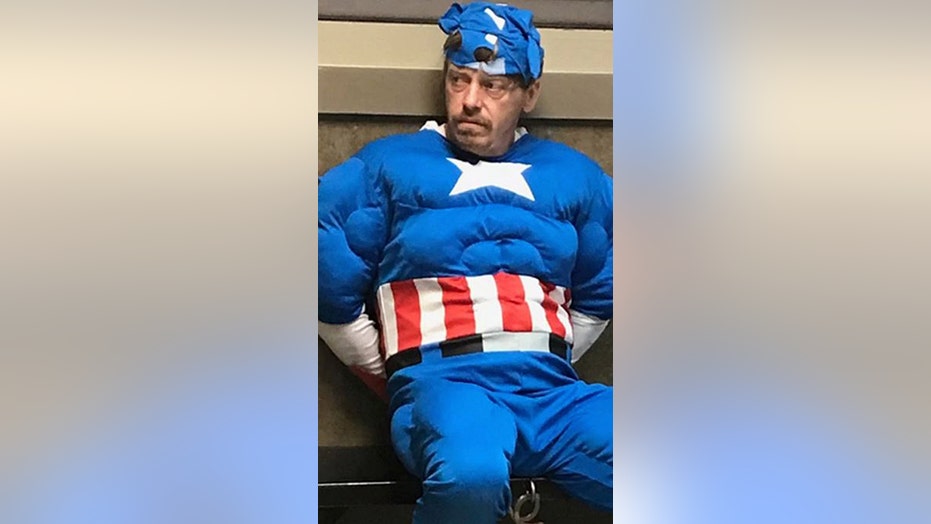 This Captain America found himself on the wrong side of the law this week in Mississippi.

David Hobbs, 36, dressed up in a Captain America costume, was busted after allegedly trying to break into a backyard wooden shed at a home in Clarksdale on Tuesday around 3 a.m., local media reported.

The shed's owner, who served in the Marines and worked as a corrections officer, told WREG-TV that he ordered Hobbs to the ground at gunpoint and held him for police.

Hobbs has been spotted in the neighborhood before but not dressed as Captain America, WREG reported.

“Normally, I see him, he be straggly looking with jeans and a t-shirt or something like that,” a woman told the station.