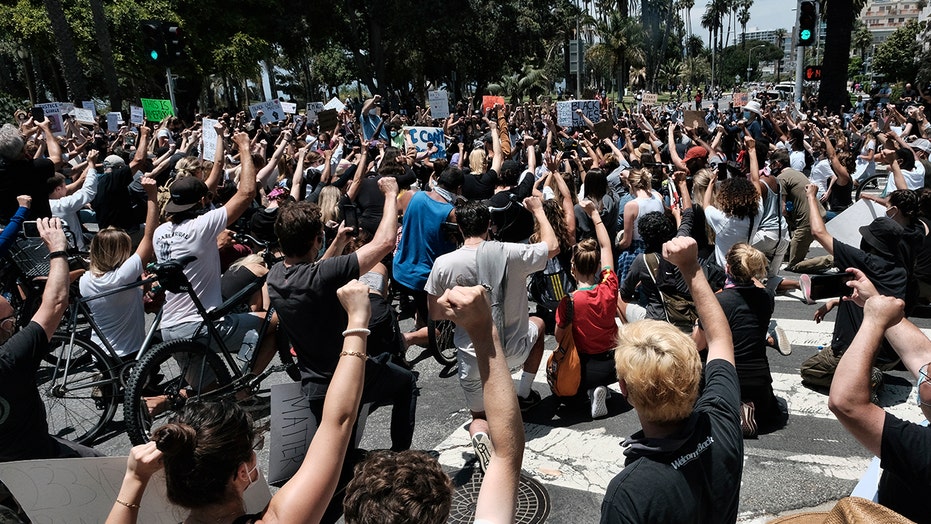 A Southern California woman was busted after video showed her rolling down her car window to fire pepper spray on a George Floyd protester, according to reports.

Amy Atkisson, 46, of Thousand Oaks, was arrested Wednesday on suspicion of unlawful use of tear gas for attacking a 16-year-old girl, news station KCBS reported.

Footage posted to Twitter shows Atkisson stopped at a light Sunday as protesters chant, “Black lives matter” on the side of Hillcrest Drive and Lynn Road.

She rolled down the window of her Lexus SUV and blasted pepper spray at one of them, the video showed.

Amy Atkisson, 46, of Thousand Oaks, was arrested Wednesday on suspicion of unlawful use of tear gas (Ventura County Sheriff's Office)

“This is not right, we should not attack each other!” wrote a Twitter user who shared the video.

Police were able to track Atkisson down from the license plates captured in the video of the heated exchange, the Ventura County Star reported.