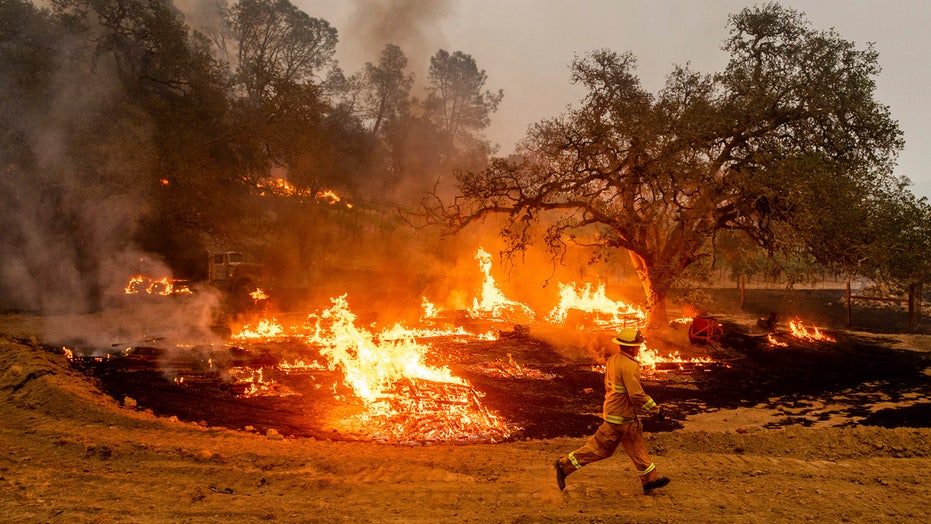 The wildfires that have ravaged California have sparked a Red Flag Warning in some northern parts of the state as critical fire weather conditions continue.

“A #RedFlagWarning will be in effect for portions of Northern California due to critical fire weather,” tweeted Cal Fire on Wednesday afternoon.

The National Weather Service issued heat advisories through Friday for temperatures in the 90s and even triple digits in many parts of the state. Red-flag warnings were up in much of the San Francisco Bay Area where Diablo winds bringing hot, dry gusts up to 55 mph were expected to pose a threat of sparking new blazes in a region that already has seen some of the worst wildfires in state history.

“The National Weather Service issues Red Flag Warnings & Fire Weather Watches to alert fire departments of the onset, or possible onset, of critical weather and dry conditions that could lead to rapid or dramatic increases in wildfire activity,” explains Cal Fire, on its website.

“A Red Flag Warning is issued for weather events which may result in extreme fire behavior that will occur within 24 hours,” Cal Fire adds, noting that this type of warning is the highest alert. “During these times extreme caution is urged by all residents, because a simple spark can cause a major wildfire.”

In this Oct. 1, 2020, file photo, a firefighter runs past flames while battling the Glass Fire in a Calistoga, Calif., vineyard. (AP Photo/Noah Berger, File)

The August Complex fire in Mendocino, Humboldt, Trinity, Tehama, Lake, Colusa and Glenn County is 1,029,605 acres and 76% contained, Cal Fire said, in another tweet. The west zone of the complex is 140,944 acres and 95% contained, it added.

More than 8,500 wildfires have burned more than 6,400 square miles in California since the start of the year, most since mid-August. Thirty-one people have died, and more than 9,200 buildings have been destroyed.